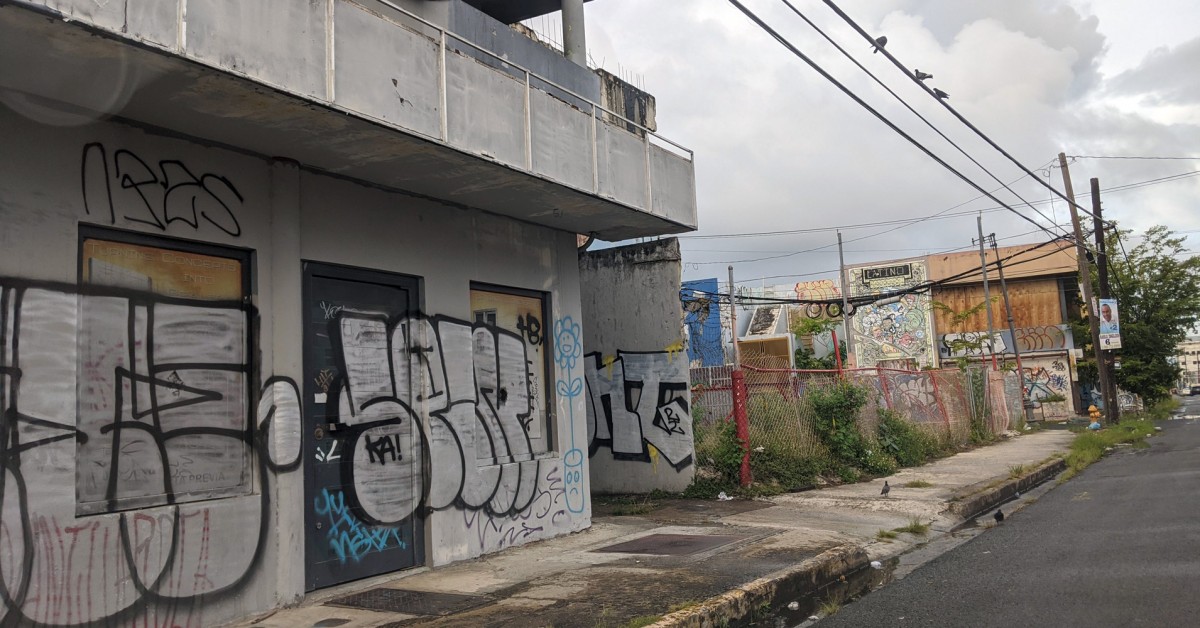 Commentary: In Puerto Rico, 98 percent of the territory has been designated an opportunity zone and low-income communities see displacement on the horizon.

On June 10, 2020, President Trump held a roundtable at the White House, during which he remarked that Opportunity Zones are a “bold idea” that “worked much better than in our wildest dreams.” This optimism about Opportunity Zones is shared by many conservatives, such as Senate Finance Committee Chairman Chuck Grassley, who has said that Opportunity Zones “have the potential to transform some of the most economically underdeveloped parts of the country and lift millions of Americans out of poverty.”

However, speaking about the challenges black communities face in reaping the benefits of these incentives, even conservative radio host Sonnie Johnson conceded How Opportunity Zones are gentrifying black communities, although she attributed this effect to Democrats manipulating opportunity zones at the state level. Of course, the impact of segregation and displacement from the establishment of Opportunity Zones in low-income communities has been recognized on several fronts, including by Rep. Rashida Tlaib (D-Mich.), who is pushing for legislation to remove the tax breaks entirely.

For us in Puerto Rico, where a whopping 98 percent of the territory has been designated an opportunity zone, we see investors lining up with high hopes to reap these benefits, while low-income communities fear being completely squeezed out by the new economic development.

Both federal law and Puerto Rico Opportunity Zone regulations mandate the zero-sum assumption that all investments—regardless of type or intent—are absolute community gains. This approach is fundamentally flawed and misleading. Without the right checks and balances, many projects, while viable for their investors, will harm host communities, fail to provide good employment opportunities for their residents, and possibly even cause them to lose their lands and homes.

The Ciudadela skyscraper, towering over Santurce, San Juan, was cited as a prime example of what is possible with Opportunity Zones. What those celebrating this project fail to mention is that it was a financial failure that bankrupted developers, sparked corruption scandals, and resulted in the brutal eviction of a once-vibrant working-class community. The project delivered a fraction of the promised investments and housing units. Ciudadela was an example of government adoption of large private developments without considering the external impact they can have on a community. Twenty years later, the Santurce story still leaves a bitter taste in the mouths of locals.

This uncompromising, quasi-religious devotion to private investment is only made possible by Puerto Rico’s pre-eminent domain law dating back to the military occupation. Government agencies become the owner of a property by the mere submission of a significant domain declaration, even before a hearing and discussion as to whether or not adequate compensation has been paid. Worst of all are cases like Ciudadela’s, where private developers use the government to seize property when homeowners and local businesses refuse to sell. In fact, the former mayor of Barceloneta is now in jail for accepting bribes from developers in exchange for access to building land.

In the same capitulation note, unaudited opportunity zones will only incentivize public divestment, price out families from their communities, further concentrate poverty, and enable investors to pressure the government into taking people’s homes and businesses for their own mega-projects . Without a doubt, low-income neighborhoods across Puerto Rico need good-paying jobs, new places to work and play, and resilient, quality housing. However, the federal and local Opportunity Zone framework fails to address such things as fair market or affordable housing preferences, attitudes for residents, protection for communities at risk of displacement, or civic participation.

At the end of the day, leaving Opportunity Zones unchecked will perpetuate a colonial economic relationship in which big buck investors from the mainland United States are freely grabbing at Puerto Rico’s offerings. Citizen protection, community participation, and prioritizing affordable housing and other community needs must be incorporated into Opportunity Zone regulations so they can better serve the needs of Puerto Rico’s lowest-income communities — rather than exploit them.

Luis Gallardo is Co-Director and Founder of the Center for Habitat Reconstruction, a San Juan-based nonprofit dedicated to advancing the conversion of vacant and abandoned lots into affordable housing and community development. Gallardo has extensive experience working with non-profit organizations, community organizations and city governments on property rights, rot and advocacy issues. With a Masters of Public Administration with a concentration in City Management from Valdosta State University, Georgia, and a Juris Doctor from the University of Puerto Rico, Luis has shown a particular interest in property security, community participation and local law.