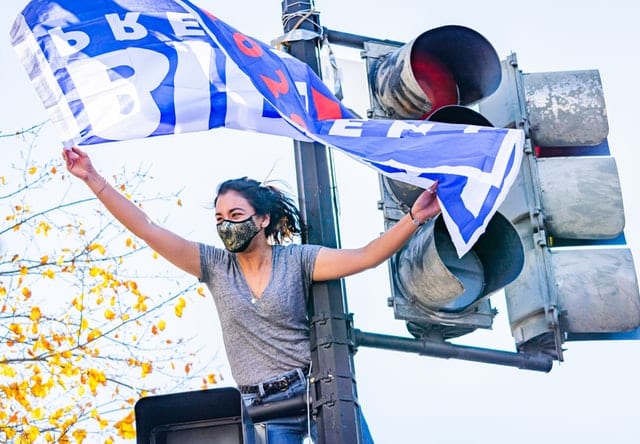 Where are young women in philanthropy?

Just as traditional philanthropy has historically been dominated by white, older, wealthy men, feminist philanthropy shows a marked population difference in younger age groups. Young women, in particular, are noticeably absent from a movement devoted to their well-being at a time when student loans, underemployment and insecurity are overwhelming in the face of COVID-19.

That’s not to say that the younger generations aren’t pulling their weight. In fact, it’s just the opposite. Young activists like Greta Thunberg and Sarah Goody point the way to revolutions in social justice and cultural change. LGBT + and POC youth are pioneers against discrimination, homophobia and the withdrawal of the legal rights of minorities.

The troubling and demalising gap for young women

What is missing, however, is the young woman’s voice in feminist philanthropy. We are here, we get involved and we are frustrated with the state of the economy and social justice, and yet there is something so disturbing and demoralizing about using a percentage of our income on philanthropy and cultural change just to make us feel like our five, or twenty dollars is a drop in the ocean compared to the MacKenzie Scotts and Melinda Gateses of the world.

After discussing this topic with other young women in my social circle, the overwhelming answer is that women in my age group simply do not have the income necessary to live comfortably, much less use part of their income for the purposes of that they believe in the most.

“When I was a teenager, I donated to charity because I had disposable income,” said Amber B., “Now I’m donating $ 20 to a fund to keep my favorite club open [during the pandemic] is all I can do. “

Amber is an interior designer and mother of two who lives and works in Georgia. During the pandemic, her design company was lucky enough to see an influx of customers. In fact, business was so good for the company that they had to turn away several customers.

Amber is paid by the hour, however – and with two kids at home, she has to balance homeschooling with the difficulties of two full-time jobs suddenly squeezed into a house (her husband is also working from home due to the pandemic). The result is that Amber and her family can get by on “just enough” income.

“Since the emotional burden of bringing up children STILL rests mainly on women, I cannot have enough hours for an additional income,” she explains. “I would like to donate to charity, but basically I can only participate in social media campaigns.”

On the other side of the coin, Kyana M. finds small opportunities to make her own contribution.

“As a young adult, I am not able to support the causes that are close to my heart as much as I want, but I still give a little every year,” she says. Kyana is an event planner who lives and works in New York City, where she had a front row seat on many of the tumultuous social movements of 2020 as well as the emergence of COVID-19.

“Despite 2020, I usually donate money in entrance fees for events,” explains Kyana. This type of charity is widespread among younger women – Kyana took the habit from her college fraternity, Tri Delta, which instilled philanthropy as one of their most important values. For example, the Sisterhood often held events in support of St. Jude Children’s Research Hospital.

“For the past two or three years I’ve given money to St. Jude and LLS [the Leukemia & Lymphoma Society] Take part in walks and fundraising galas once or twice a year, ”she says. “To be honest, I can’t always afford that, but it’s important to me.”

Another way Kyana has an impact on her daily life is by choosing a bank with a charitable giving program. The bank that manages Kyana’s savings account offers a program that matches the interest earned on Kyana’s savings donated to Planned Parenthood.

“I could get a better rate elsewhere,” says Kyana. “But for me, part of philanthropy is making small sacrifices, usually money or time, to help people who need them.”

At the same time, both Kyana and Amber face a similar problem: They live at the forefront of social and cultural movements – in New York City or you.

Living in Georgia, a state where political unrest and the antiquated social norms of the American South go hand in hand, Amber faces growing frustration.

“I’m financially, emotionally, and mentally exhausted,” she says. “We’re pretty comfortable, but we don’t have any extra money. On the Wednesday before payday, I’m routinely broke. I think that’s why activism has had such a big resurgence – we’re angry, but we’re broke. ”

Kyana reflects this feeling. “Aside from the money side, I think it’s hard for the people of our generation because there are SO MANY problems in the world,” she says. “We don’t just see, we experience one tragedy after another. It can feel impossible to keep up with all of the things that you know about, that interest you, and that should be handled. “

This feeling is particularly overwhelming for young women in the United States: to witness all the horrors we face every day in our country, and to feel that there is “nothing” we can do about it, simply because we don’t have enough bank accounts to donate to an organization and still buy groceries for the month.

“We are getting so thin that it is difficult to have the feeling that we can still give something,” says Kyana. “As soon as you start using your already minimal resources on something, you are asked, ‘Why is nobody talking about it? miscellaneous terrible thing? ‘”

When young women earn more, they give more

One point here seems to be that we have to pay our young women more. The pay gap has been a hot topic for generations at this point and supports organizations that are committed to it Diversity and inclusion in our future workforce is an excellent step forward we can take in feminist philanthropy.

At the same time the growing popularity and spread of Give circles, Women’s advancement groups and activist organizations offers a potential solution for women in this population group to begin their philanthropic journey. Here, at Philanthropy women, we often highlight large foundations and high net worth individuals who make the most of their impact – all work that is critical to support and reinforcement. But we mustn’t forget the young women at the beginning of their journey either.

There is an argument that older, wealthier women support the donation journey of younger women with less money in their bank accounts. We need to support the rise of collaborative models like percentage donation circles or circles where women use the funds to “sponsor” other women who can only give a limited amount (i.e. one woman accepts 150% of the request so another woman can give) . 50%).

Education also offers young women a poignant opportunity in philanthropy. Feminist philanthropists with the funds need leadership and empowerment programs like Invest for Better’s Circle Leader training program, the The Ellevate Network’s Squads System, and the free or low-cost resource programs, research projects, and publications from organizations such as Girl leadership, the Woman Foundation for Women, and Common philanthropy.

Get involved so philanthropy can’t ignore you

I have said many times that the only way out is the way, and that never applies to young women who want to get involved in philanthropy.

“I think people sometimes forget that it’s not about how much or how often you give, it’s about being thankful for what you have,” says Kyana. “When you find yourself in a moment of abundance, give back to those who are not so lucky.”

The barriers between women in my age group and supporting the change we want to see in the world are very real, but some of them – like feeling that what we can give will never be “enough” – are Barriers that only exist in our lives minds and hearts. Only if we work together to dismantle the current social constructs and the “club rules” mentality of traditional philanthropy will we be able to bring diverse new voices into the field.

(Liveblog) What does feminism look like in the future of Biden-Harris?

Maggie May is a small business owner, writer, and story-centric content strategist. A transplant in Maryland through Florida, DC, Ireland, Philadelphia and – most recently – Salt Lake City, has a passion for finding stories and telling them the way they should be told. View all posts by Maggie May