Hanoi (VNA) – A recent study revealed that Vietnam has achieved many significant results in developing a market economy over the past 35 years.

The findings of the study, conducted by the Central Institute of Economic Management (ICES), were unveiled at a workshop held on March 28 as part of the Macroeconomic Reforms/Green Growth Program in Vietnam implemented by the German Agency for International Cooperation (GIZ).

In his introductory remarks, ICESDirector Tran Thi Hong Minh said that from a centralized, bureaucratic and subsidized economy, a market economy has gradually emerged and developed in Vietnam. Reforming the mindset and awareness of the market economy is an important step that lays the foundation for building and completing the market economy in the country.

The role, functions and tasks of the state, as well as the relationship between the state, market and society, have been better aligned with the market mechanism. In addition, the fundamental factors for the operations of the market mechanism have taken shape and become clearer, she said, noting that market opening and international integration are key enablers for the country to pursue the development and improvement of its market economy in the recent past. 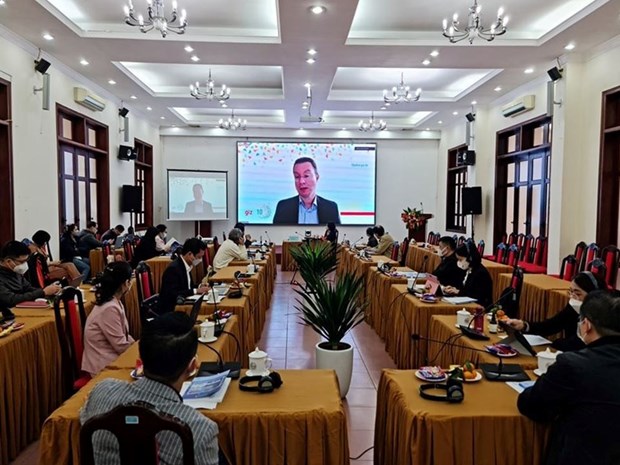 The publication workshop of the results of the study on March 28 (Photo: VNA)

The 13th National Party Congress set a goal for Vietnam to establish itself as a developing country with modern industry and upper-middle income by 2030, and a developed, high-income country with ‘by 2045. , and sweeping reforms to substantially transform into a more comprehensive market economy with social and environmental responsibility, according to Minh.

The study found that working at a market economy Over the past 35 years, Vietnam has experienced a leaner, more effective and efficient state apparatus, an improved business climate, and an economy of increased size and quality. From a poor and underdeveloped country, it has become a lower middle income developing country since 2008.

However, the study also highlighted many shortcomings and difficulties during this process.

Nguyen Thi Luyen, deputy head of the board of directors of enterprise reform and development studies at CIEM, quoted the study as saying that there is a need to continue reforming mindsets, defining more clearly the model of market economy of the country, clarify the relationship between the development of market economy and socialist orientation, ensure equal and orderly competition, and guarantee social, environmental and ecological issues.

During the workshop, participants discussed basic reforms in the transition to a market economy, shortcomings and lessons, main challenges to the completion of the market economy and directions for further progress. reforms./.