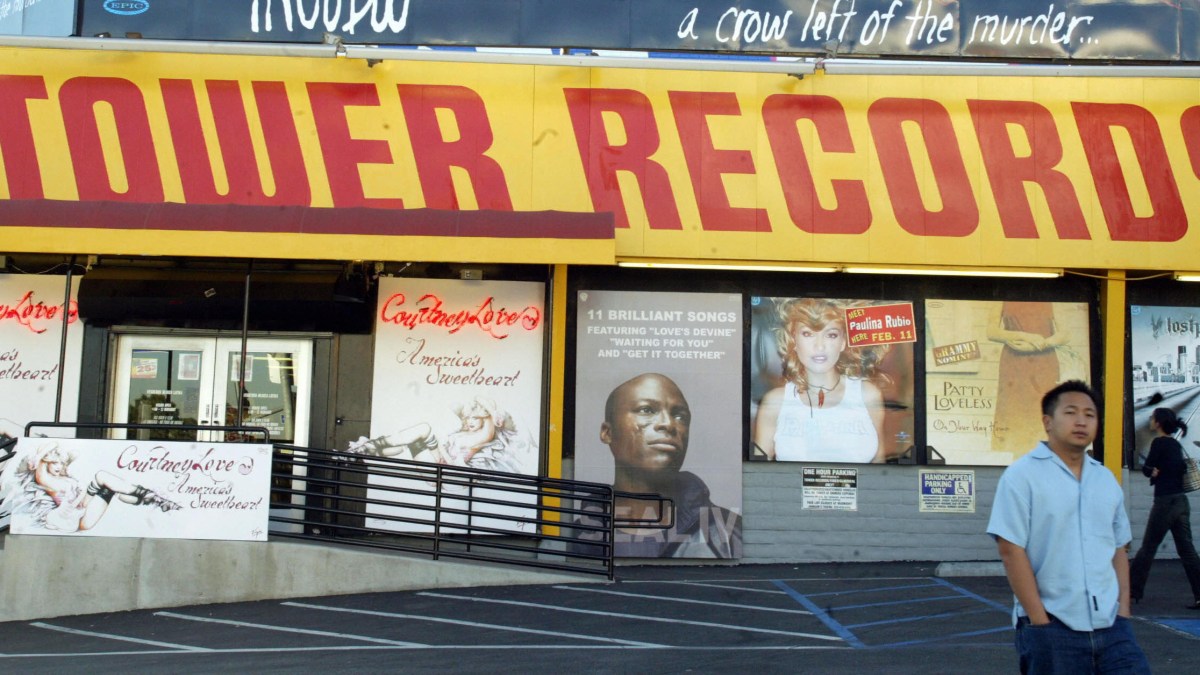 The rise and fall of Tower Records

By Edward S. BaylorOctober 6, 2022No Comments

Do you dream of a commercial space that was important to you but no longer is? We had a great response from listeners when we posed this question a while back. One of those missed spaces included Tower Records, which closed its last stores in the United States 18 years ago this week. The channel was so much more than iTunes in brick-and-mortar form. For many, it was a kind of temple for music lovers.

This month’s documentary, “All Things Must Pass,” about the rise and fall of Tower Records, is a kind of rock ‘n’ roll program of instructive moments about money and business, including how to start a startup.

The doc explores the importance of diversification: The record industry fell on hard times when disco’s glory days were met with a backlash that impacted record sales. Then there is also geographic diversification: Tower Records in Japan is still thriving to this day.

We also see behind the scenes of a moral game on the dangers of leverage, over-indebtedness. Tower borrowed $110 million to fund its global expansion, and when those creditors rushed to get their money back, that was it.

The lesson from Tower Records that stands out the most to me concerns a particular kind of capital that doesn’t involve dollars but still has value. Sociologists call it “social capital,” which accumulates when people leave their couches, put away their screens, and mingle in person. In Tower Records stores, people came together in a physical space to share passions, exchange ideas and explore new content. In archival footage from the film, you can see a 70s-era Elton John on one of his weekly foraging trips to Tower Records on Los Angeles’ Sunset Strip. The pop legend is dressed, holding a pen and notepad, a man on a mission to search around the world as a discerning chef choosing his vegetables at a produce market. A voice in the film observed that it was “as much social as commercial”, with people “spending hours together in the record bins”.

And another lesson from the Tower Records documentary concerns a hot economic topic: inflation. We are convinced that everything is getting more and more expensive, either slowly, like in the mid-1980s, or quickly, like the crazy inflation we are experiencing today. Most things are getting more expensive, it seems, except record albums. The movie mentions that a record album cost $3.88 in 1962. But $3.88 is no bargain. According to my favorite online economic tool, the Bureau of Labor Statistics Inflation Calculator, $3.88 then equaled $38.30 now. I note that artist Beth Orton’s new CD can be had for as low as $13.59 if you want the physical item, not just the ability to stream it. Like long distance phone calls, some things are getting cheaper.

Movie Name: “All Must Pass: The Rise and Fall of Tower Records”

Synopsis: Founded in 1960, Tower Records was once a retail powerhouse with 200 stores in 30 countries on five continents. From humble beginnings in a small town drugstore, Tower Records eventually became the heart and soul of the music world and a powerful force in the music industry. In 1999, Tower Records made an incredible $1 billion. In 2006, the company filed for bankruptcy. What went wrong? Everyone thinks they know what killed Tower Records: the Internet. But that’s not the story. “All Things Must Pass” is a feature-length documentary examining the explosive trajectory of this iconic company, its tragic demise, and the legacy forged by its rebel founder Russ Solomon.

Where can I watch: “All Things Must Pass” is available for free on YouTube. It also streams on multiple platforms, including Kanopy and Hoopla for select library card holders, and on Peacock, PlutoTV, and PopcornFlix, for free. A streaming digital copy can be rented or purchased on multiple platforms, and if you want a physical copy, you can also purchase the film as DVD and Blu-ray.

Topics we will explore:

Is there anything you would like Econ Extra Credit to explore? A question you want answered? Let us know by emailing the team. We are at [email protected]

Discover all our films selected in the past on our website.