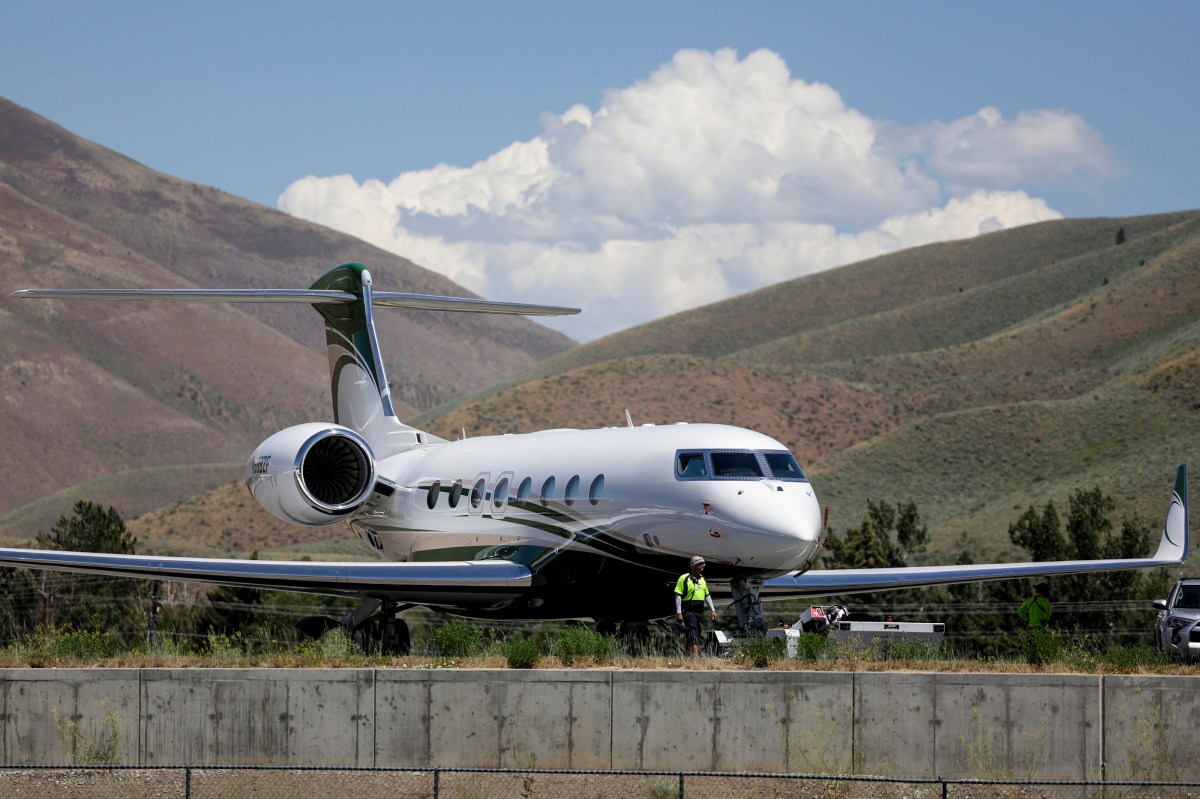 The private jet industry is bigger than you think

By Edward S. BaylorAugust 1, 2022No Comments

Pop star Taylor Swift is receiving a backlash after landing at the top of a list of the biggest famous carbon dioxide polluters last week. Digital marketing agency Yard said in its report that its private jet had an average flight time of 80 minutes and its carbon emissions totaled nearly 8,300 tonnes so far this year.

In response to the controversy surrounding the list, a spokesperson for Swift told Rolling Stone that her jet “is regularly loaned to other people” and “attributing most or all of those trips to her is patently incorrect.”

On its website, Yard said that while it cannot determine whether celebrities were on all flights, “the purpose of this study is to highlight the detrimental impact of private jet use. “.

The data was taken from the @CelebJets Twitter account, which chronicles the flight behavior of the rich and famous; @CelebJets, in turn, gets its data from the ADS-B Exchange flight-tracking service, run by aviation enthusiasts who pool flight data.

@CelebJets not only notes how many tons of carbon emissions have been emitted, but where these celebrities are flying and the cost of that fuel. Last month, @CelebJets pointed out a 17 minute flight taken on Kylie Jenner’s private jet, which probably would have taken over 40 minutes by car.

Jennifer received a backlash for the trip, made worse by a photo she posted on Instagram where she poses with her boyfriend Travis Scott between two private jets. “Do you want to take mine or yours?” read the caption.

“Kylie Jenner is here taking 3 minute flights on her private jet but I’m the one having to use paper straws,” one Twitter user said.

It’s not just celebrities who charter private jets — executives from big companies like Google and Apple also use them to reach their destinations, said Puneet Dwivedi, associate professor of sustainability science at the University of Georgia.

Despite the many ways air travel is contributing to the climate crisis and growing awareness of climate change, the private jet industry is booming. There were 3.3 million business jet flights in calendar year 2021, up 7% from 2019, according to data from WingX Advance.

We have a long way to go to reduce emissions: a report by the United Nations Intergovernmental Panel on Climate Change found that the world will need to reach net zero carbon emissions by 2050 to prevent temperatures from exceed 1.5 degrees Celsius.

The aviation sector accounts for 2.4% of total carbon emissions. The most frequent travelers – about 1% of people – are likely responsible for more than half of these emissions, according to a study published in the journal Global Environmental Change.

In another study, researchers Richard Wilk and Beatriz Barros of Indiana University quantified the carbon footprint of the super-rich, looking at their emissions in transportation, yachts and housing.

“While many billionaires have taken pro-environmental actions in their personal lives or corporate relationships or donated money to climate change organizations and purchased carbon offsets, none of these actions actually cancel their total emissions,” the researchers wrote in their conclusion.

Private jet use has become normalized over the past few decades, said Maurie Cohen, professor of sustainability studies at the New Jersey Institute of Technology. While accounts like @CelebJets are now raising awareness about the use of private jets, he said it’s more common than people realize.

“Private jets don’t use the same types of commercial facilities that we do. They tend to use secondary and tertiary airports, so you never see the planes, unless there’s one of those mass events like Davos, or a big tech industry event going on,” said Cohen.

He explained that the private jet business takes different forms: you can now buy shares in planes through companies like NetJets and Flexjet, or buy vouchers that give you access to a certain number of flights on those planes. Cohen said he sees no signs of slowing down in private jet usage.

Dwivedi of the University of Georgia said there could be a silver lining in the form of sustainable aviation fuels, or SAFs, which are made from raw materials and serve as an alternative to the fossil fuels that traditionally power planes. . If private jet users help buy SAF, it could help expand the market for it. Indeed, if the supply increases, it could eventually lower the price, he explained.

Some companies are already getting started. Earlier this month, Alaska Airlines, Microsoft and carbon processing company Twelve announced they would work together to “push production forward” of SAF.

But fuel production presents challenges because growing crops used for biofuels can harm the environment.