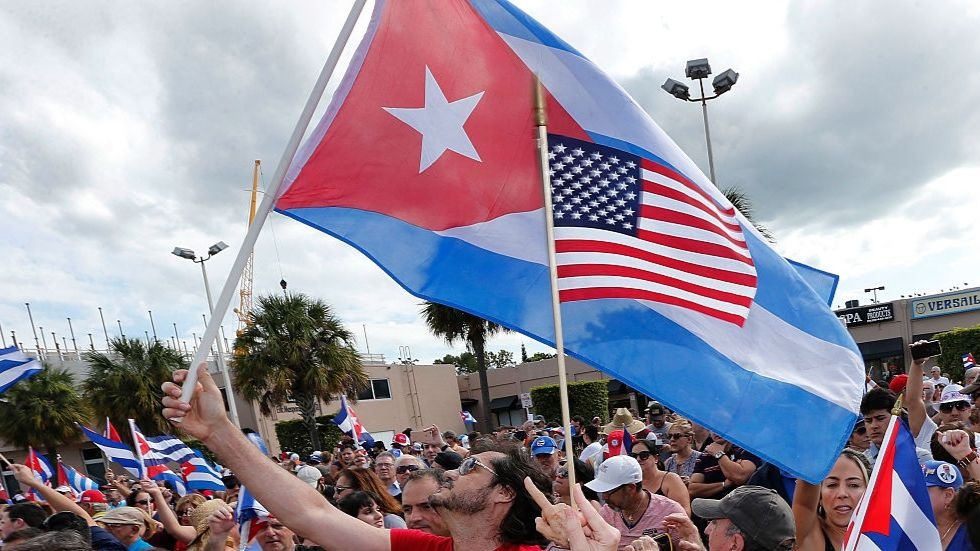 Socialist economic systems are defined by state ownership and control of major industries, businesses, and resources. Cuban socialism is no exception. Until the recently announced reforms, private industry was limited to only 127 types of enterprises.

Reforms replace this list with a list of 124 activities prohibited to private enterprise. Unsurprisingly, politically sensitive industries such as education and news media remain banned, as do other major sectors like healthcare and construction-related professions, including engineering and architecture. . However, according to the Cuban government, the reforms will allow self-employment and private businesses in more than 2,000 professions.

Cuba has been slowly allowing more private companies in tourism-related industries for years. Cubans were allowed to rent rooms in their apartments to visitors from 1997. Initially, no more than two rooms could be rented, and entrepreneurs could not employ anyone other than their family in the rental business. These restrictions were later removed.

Similarly, private restaurants were authorized in 1993, but initially limited to 12 places and prohibited to serve seafood and beef. In 2011, these restrictions were relaxed and the estimated number of private restaurants in Havana has increased from 74 to over 2,000 by 2015. Reforms over the past decade have led to an estimated tripling of private sector employment, about 600,000.

When I was doing research for the book”Socialism Sucks: Two Economists Drink Their Way Through the Unfree Worldwhich I co-wrote, I slept and ate in public and private Cuban hotels, residences and restaurants. The incentive created by profits to improve quality and service and to invest in capital improvements for the future was evident in private companies. Meanwhile, state-run businesses, which do not depend on their customers for their survival, were run down, offered poor service and served appalling food.

However, while profits encouraged restaurateurs to serve their customers better, owners were constrained by limited supplies they could get from the state-dominated supply chain. As a result, a Cuban sandwich, which is delicious in Miami, is just a bland ham and cheese in Havana.

The new reforms are far from achieving the full liberalization that the Cuban economy needs. So bottlenecks and inefficiencies will limit their ability to take full advantage of private enterprise, just as I have experienced in Cuban restaurants. But as more and more sectors become private, over time these inefficiencies will diminish.

Cuba’s reform path could end up like China’s reform path, which Deng Xiaoping started in 1978. China has gradually allowed increasing amounts of free enterprise over more than a decade. First, town and village businesses were allowed and farmers could sell part of their crops in the markets. Then, according to Bradley M. Gardner delivered, “The Great Chinese Migration: How the Poor Built a Prosperous Nation,” self-employment and small businesses of up to seven people were permitted in urban areas. Gradually, these restrictions were relaxed and businesses expanded. China’s private industry grew around an inefficient public sector and eventually overtook it to produce the majority of Chinese output. In the process, international trade with the United States and other developed countries greatly increased.

The US government should encourage the growth of the private sector in Cuba by lifting its 60-year-old embargo and allowing US companies to trade with newly freed Cuban entrepreneurs. This would help stimulate the growth of the Cuban private sector and could lead to additional reforms. Economists Peter Leeson and Russell Sobel studied more than 100 countries from 1985 to 2000 and found that economic freedom extends from free countries to their less free but geographically close trading partners.

The decades-old embargo never overthrew the Castro regime. Instead, it only gave the Cuban government a scapegoat for the country’s largely internal economic problems. It’s time to change course and encourage Cuban economic freedom by lifting the embargo and practicing free trade with Cuba’s small but growing private sector.

Benjamin Powell, senior fellow at the Independent Institute, Oakland, CA, is director of the Free Market Institute and professor of economics at Texas Tech University.”

The Hill has removed its comments section, as there are many other forums for readers to join in the conversation. We invite you to join the discussion on Facebook and Twitter.