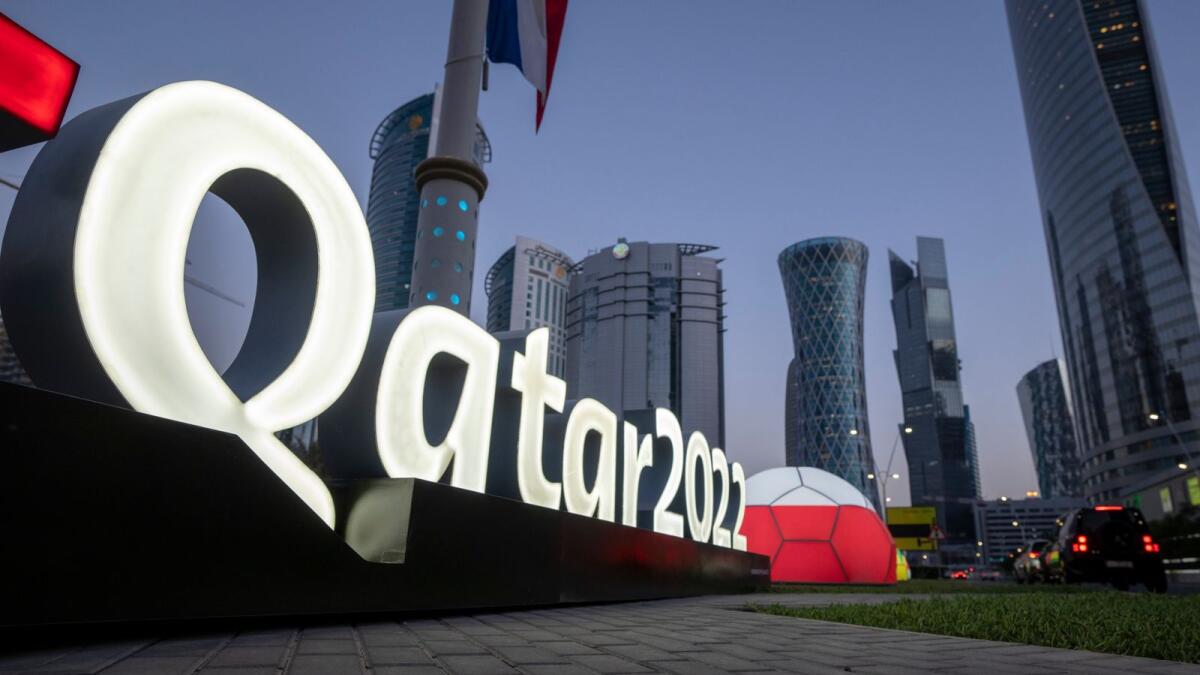 The centenary Souq Waqif will be a magnet for the one million football fans expected at the tournament, which kicks off on November 20.

The narrow lanes of the century-old market will attract the million football fans expected at the tournament, which kicks off on November 20.

“There will be huge crowds, we’ve never experienced anything like this,” said Abdul Rahman Mohammed Al Nama, head of the souk’s stables, which organizes camel and pony rides.

Fan zone attractions and temporary shops are set up around the Al Nama camel enclosure, as are hundreds of small shops selling incense, spices, carpets, gold and even hawks and other birds/animals. According to press reports, shops will be allowed to open 24 hours a day during the World Cup.

When the Souq Waqif first opened in the early 20th century, traders stood at the entrance shouting at passers-by to buy their wares. Its name means the “Standing Market”.

Devastated by a major fire in 2003, most of it has been rebuilt with arched pedestrian lanes, as part of a regeneration project for central Doha.

Foreign fans “will have a lot of fun,” said 28-year-old Qatar women’s national golf team member Yasmine Ghanem, who was sitting in a cafe in Souq Waqif, drinking coffee and eating pancakes.

“It will be a great mix of Arab culture and football,” she added.

Every evening the terraces are now filled with people drinking coffee and puffing on shisha pipes – this is an alcohol-free zone.

Traders, who have been preparing for the World Cup for a long time, expect more. Al Nama cites camels kept in a paddock in a square as an attraction.

“I think many tourists will want to see the camels and take pictures with them, because they are not found in Europe and East Asia,” he said.

Souvenir shops filled their shelves. In his little gold necklace shop, Saleh Mohammed is looking for a biker who delivers to hotels.

Dominated by the spiraling minaret of the Sheikh Abdullah bin Zaid Al Mahmoud Islamic Center, the Al Rawnaq company has for decades focused on textiles, cheap clothes and toys.

Now the aisles are filled with scarves, flags and hats emblazoned with the names of the 32 competing nations – especially Qatar.

In one corner, a worker makes flags, some up to 10m long.

Tens of billions of dollars have been spent on new subways and infrastructure, giving the city a dramatic makeover.

Outside of Doha, many new resorts have also been built.

Qatar wants to use the World Cup to bolster a campaign to increase visitor numbers from 1.5 million a year to six million by 2030.

“Qatar can certainly take advantage of this opportunity to position itself as a family destination,” said Kamilla Swart-Arries, associate professor of sports and tourism at Hamad bin Khalifa University.

“The World Cup will only amplify and maximize the changing perception that people may currently have about Doha and Qatar.”

On the road to the seaside Corniche, Bangladeshis, Indians, Nepalese, Pakistanis, Kenyans and Ugandans from Qatar’s huge migrant community flock to take selfies next to the modernist Cup countdown clock of the world.

“I’m a fan of Lionel Messi and I have a ticket to see Argentina play against Saudi Arabia,” said Anwar Sadath, 56, an Indian accountant.

“It will be a memorable event.”