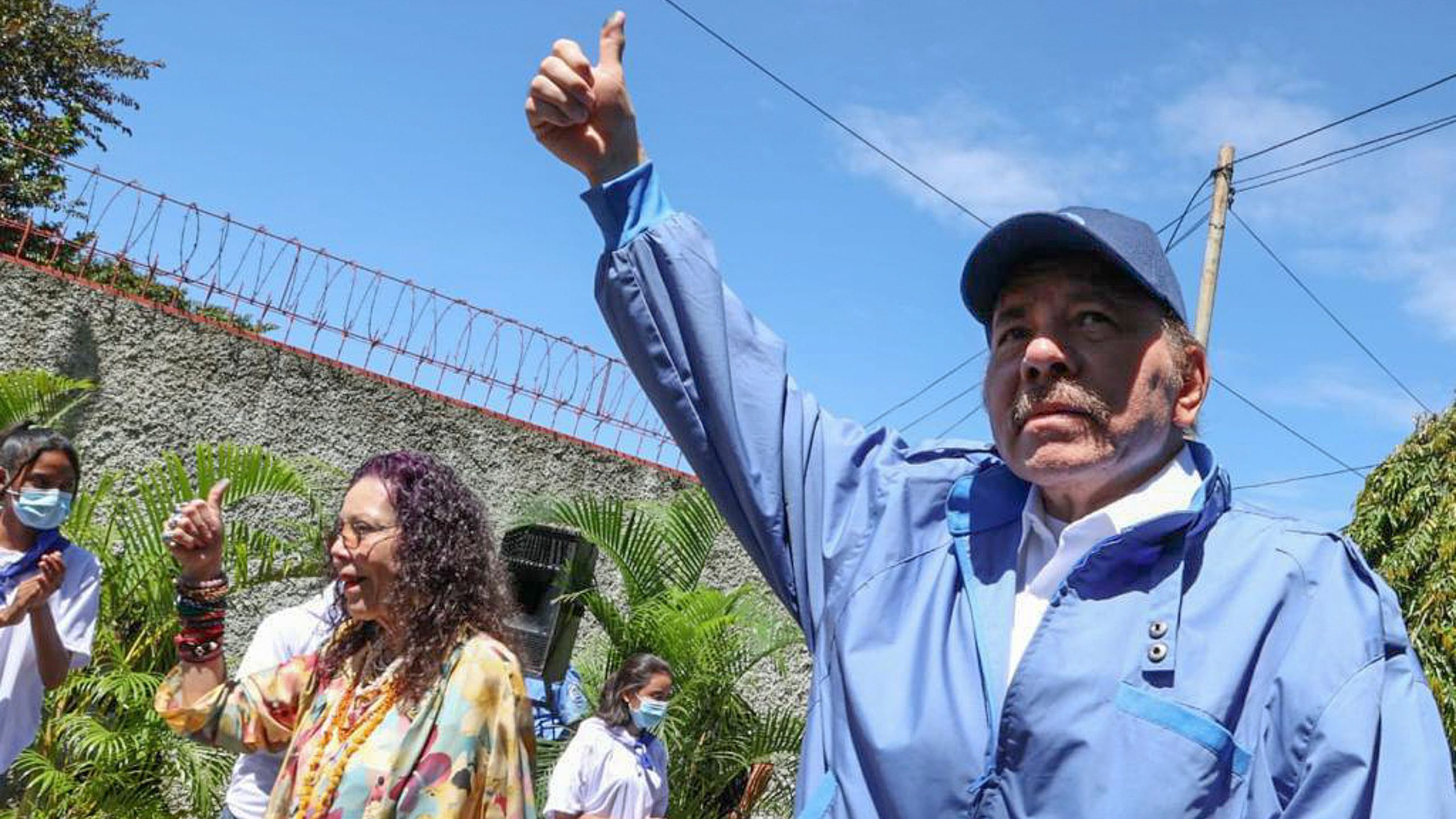 Nicaragua: Daniel Ortega turns in on himself | International

Daniel Ortega wanted to show a benevolent face after giving his most bitter speech of triumph on Monday. At the invitation of a mariachi, the president took the stage to dance a song that celebrated his electoral triumph in Sunday’s presidential elections, which were rejected by the international community. Rigid, trying to smile, Ortega danced to the sound of mariachi, but in the Plaza de la Revolución in Managua his words still resounded, a violent harangue, in which he marked what can already be considered as his program for the next few years. : zero tolerance for any indication of internal criticism, confrontation with the international community and detention of political prisoners as a bargaining chip that opens up a possibility of negotiation, because Ortega has closed the doors to any opening initiative and made it clear that isolation is not a threat to him. The regime has established itself as a new dictatorship in Central America.

“And we fully understand the behavior of European governments … Yes, the Franco fascists twinned with Hitler, Hitler’s little brothers who reign there and who now want to form an International of fascism here in our America,” he said. he said Monday in his speech in which he rejected international condemnation of Sunday’s elections. And thus closed any possibility of opening to the international community.

The president reacted virulently to the outward rejection generated by an election that did not meet the minimum requirements of a democratic process, with full control of the electoral apparatus, seven opposition candidates imprisoned, two parties beheaded and dozens. political prisoners. The violence of his speech on Monday focused on this rejection, which makes his regime an outcast. The United States, the European Union and several Latin American countries have harshly criticized the elections, with which the Sandinista government loses its international legitimacy. It is true that it still has some support in Central America – Guatemala has issued a lukewarm condemnation; Honduras has remained silent – but even its international allies, Cuba and Venezuela, have kept their distance. The two nations are open to negotiations and internal changes and it is not appropriate for them to embark on the defense of a country, Nicaragua, which gives them no advantage on the international stage.

“His speech is reckless and irrational in his attack on Spain, the EU and the US. Ortega calls for sanctions, ”said an analyst from Managua, referring to the sanctions that Washington can impose. This Wednesday, President Joe Biden signed the so-called RENACER law, a bipartite-approved regulation, which gives him broad powers to restrict loans from multilateral organizations, which would suffocate the regime, since, after the fall of oil cooperation from Venezuela, this flow of foreign money is an escape valve to deal with the economic stagnation that the Central American country suffers from. RENACER also allows the US government to expel Ortega from the Free Trade Agreement between the North Power and Central America, which would be a blow to Managua, since more than 100,000 jobs depend on the maquiladora companies that operate with tariff advantages in the country.

“Those imprisoned there are the ‘sons of a bitch’ of the Yankee imperialists. They should be taken over there to the United States, because they are not Nicaraguans, they ceased to be Nicaraguans a long time ago, they have no country. Let them take them there, so that they can serve as what they are, slaves of the Empire, traitors of the Fatherland ”, he declared in his speech with reference to those considered as political prisoners.

Ortega knows that his weak point is the economy, so he needs the support of big business to attract investment, avoid economic sanctions and maintain stability. The president has so far used the strategy of blackmail: when the pact with the private sector was broken after the brutal repression of 2018, the regime chose to imprison key members of the private company, who became, along with the other political prisoners, hostages converted into good deals in a future negotiation. Managua analysts assure that this may be one of the president’s strategies, although it remains to be seen to what extent businessmen are willing to expose themselves in a country that has become a prison, with a constant flow of exiles and where there is no possibility of criticism. Undoubtedly, the private sector does not want sanctions such as those established by the RENACER law to be imposed, but the weight of the 2018 murders that went with impunity, political prisoners and exiles is too great to sit with Ortega. without conditions.

Some analysts, like the journalist Carlos Fernando Chamorro – exiled in Costa Rica – dare what could be the center of a possible negotiation: “Behind the hate speech, Ortega showed the first letter of his strategy to stay in power: he wants to negotiate the political disqualification of prisoners of conscience who won the November 7 elections, in exchange for their expatriate status, ”said Chamorro. A similar opinion is shared by the political source consulted in Managua: “We have to place this in the context of the Cuban school: threatening the hostages to seek to negotiate (Maduro with the directors of Citgo, for example). The highlight for him is that we do not know if the gringos, and I suppose the Europeans, are negotiating hostages, ”he explains.

“We were accompanied by independent journalists, not the big companies that we already know who they belong to, they belong to the empires, and the scoundrels have the courage to say that they want to come and cover the elections, if they live. cursing us and want to come in to cover the elections. As we already know, they are employees of the intelligence agencies of the United States of America. Those don’t come in here, ”said Ortega.

Nicaragua, which has emerged since Monday in a country that is more closed in on itself. In his speech, Ortega made it clear that there would be no room for criticism and threatened with further persecution and jail those who dare to express their discontent. The day before the elections, and even during the elections, the regime arrested around 20 opponents, and what is expected in the coming years is that the few spaces that remain in the country have been completely blocked. This includes the press, which has so far been a powerful counterweight to the regime despite persecution and exile. After Cuba, Nicaragua is perhaps the only country on the continent to have censorship as an official state policy. And Monday’s violent dump, Ortega’s bitter speech, only heralds a more anemic scenario for Nicaraguans.