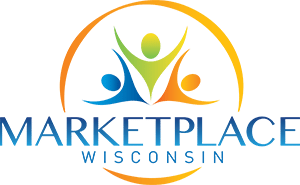 The first time the state of Wisconsin hosted an event to help minority-owned businesses get to know potential buyers of their goods and services was little more than a series of calls individual sales reps in a handful of hotel rooms.

This year’s MARKETPLACE 2021, the Governor’s Diversified Business Development Conference, was a three-day event that included workshops, panel discussions, networking and an afternoon devoted to raising awareness of major public and private projects that will be looking for bidders. Split between live sessions at the Wisconsin Center in Milwaukee and virtual roundtables streamed online, nearly 800 people registered to attend and 80 exhibitors showcased their products and services.

During a fireside chat in honor of the event’s 40th anniversary, co-founders Bill Beckett and Robert Wynn reminisced about the program’s early days. They recalled how at the first conference, 15 to 20 business owners met with about 10 state government procurement officers, and donuts and coffee were served.

To accomplish even that, the state had to hire an employee to research minority-owned businesses. Eligible contractors were recruited, screened and matched with potential buyers.

“We knocked on doors and had a dog and pony show to find people,” said Beckett, who was director of minority business development in what was then called the Wisconsin Department of Development. “You had an hour to make your pitch… It was an opportunity for a healthy exchange.” Beckett is currently president and CEO of CHRYSPAC, or Chrysalis Packaging and Assembly Corp., in Milwaukee.

Connections made at these meetings in 1981 resulted in less than $100,000 in sales over the next 12 months. “Not much by today’s standards, but at least a start,” Beckett said.

In a follow-up effort to boost business opportunities, Wynn — then a legislative analyst — worked with the state legislature to create the Minority Business Development Fund, an effort championed by the then-state senator. , Gary George. Over the fund’s 15-year history, it has provided $10 million in loans to minority-owned businesses and leveraged an additional $70 million from other sources, resulting in the creation or maintenance of of 2,800 jobs.

Wynn succeeded Beckett as director of minority business development in what became the Department of Commerce, and later served as financial education officer in the Wisconsin Department of Financial Institutions. Wynn is now president and founder of CLIMB USA, a Milwaukee nonprofit that provides financial education to youth and families of color.

Today, Wisconsin has more than 40,000 minority-owned businesses, more than 9% of all businesses in the state, according to a UW Extension report. At the MARKETPLACE in December, more than 400 one-on-one meetings took place between minority entrepreneurs and potential business partners.

Wynn noted the changes in society that have accompanied the growth of the MARKETPLACE program. “Can you imagine today, a purchasing manager and a person with them in a hotel room? It would never work. It’s good to know that we walked into the ballroom, rather than being in that environment,” he said.

Jean Marie Thiel, president and CEO of Belonger Corp., Wisconsin’s only female and Native American-owned mechanical contracting company, said she’s been attending MARKETPLACE since she founded her company. in West Bend in 2000. She said the conference provided an opportunity to meet other business owners and challenge herself to be a better entrepreneur.

“Sometimes I come here just to light up and pick up my sales pitch and make myself understood,” she said. “Many times I meet customers here for the first time.”

One of the first people Thiel met at his first MARKETPLACE gathering was Minoo Seifoddini, president and owner of Custom Service Plastics, a Lake Geneva company that Seifoddini had just acquired in 2000. Since then, the molding business by plastic injection has grown into a company with more than 160 employees, operating in a 200,000 square foot facility and serving customers on four continents.

“MARKETPLACE – you will talk to people and learn from their experience. It really helped me, a lot,” Seifoddini said. She said one thing she learned was that to be successful, her business had to be flexible. It now serves clients in the agriculture, industrial, consumer products, electronics, medical and retail sectors. “My advice to small businesses: you need to diversify…Quality, delivery and putting your heart into a job, that’s all,” Seifoddini said.

Thiel said she learned that business should be conducted “on an individual basis.” People say business isn’t personal. Do you know what I’m saying? This is not the case. It’s as personal as it gets. It’s all our livelihood. It is the livelihood of our children. It’s our community.

A crucial element for entrepreneurs is making connections in order to serve their communities, said Nelson Soler, president and CEO of the Southeastern Wisconsin Latin American Chamber of Commerce and president of the Multicultural Entrepreneurial Institute of Wisconsin. Milwaukee. “What MARKETPLACE does is bring us all together, once a year, to share those differences, raise our voices, connect with governments or businesses, and allow us, as entrepreneurs, to celebrate our passion , our goal,” Soler said.

Wynn said experience and support are key for minority business owners to succeed. “It’s very important in the private sector that people of color are uplifted and supported and mentored because that’s really where you get your experience that you can take into your own business. Beyond that, you have access to capital but you also need to have access to the market. That’s where MARKETPLACE comes in,” he said.

Wynn called on conference attendees to turn their attention to young entrepreneurs and give them opportunities for advancement — “if we can really get our young people to understand how to think and live economically.” So I hope you all do more in that direction,” he said.