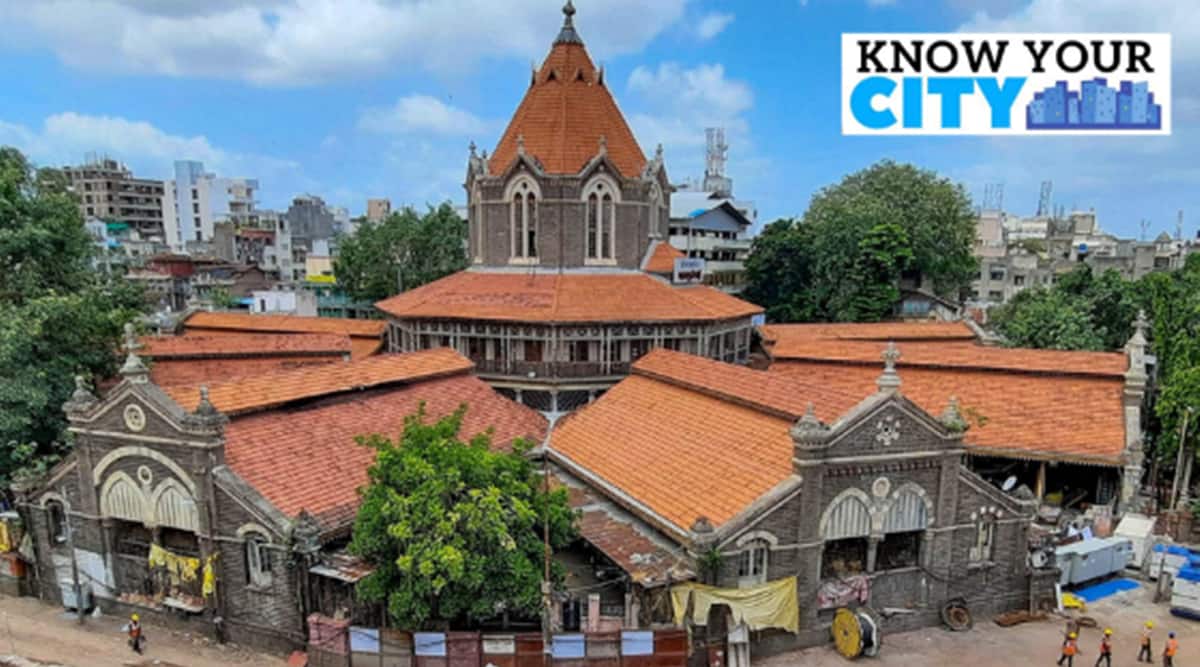 Narsingh Thorat arrived in Mandai three decades after it was established in 1886 as Reay’s Market, and established a store selling banana leaves. For more than 100 years, BN Thorat and Sons Kelichya Pananche Vyapari has occupied the same space under the original arches of the market. Led by Narsingh’s descendant, Sagar Thorat, it still offers neat pieces of banana leaves to buyers today. Other alley shops also only sell banana leaves, flowers and stems and are run by fourth or fifth generation descendants of the original owners.

â€œOur store is where many Pune families, hotels and event management companies have come for generations to obtain banana leaves to serve food to guests on special occasions. I will never change because business is good in Mandai. With the growing interest in an eco-friendly lifestyle, I got the idea of â€‹â€‹using banana leaves to create wrappers, wrappers and boxes as a replacement for plastic. I am exploring opportunities with a manufacturer in Kerala, â€says Thorat. His attitude is exemplary of Mandai, where things stay the same while changing over time.

Pune’s largest fruit and vegetable market, Mandai – officially Mahatma Phule Mandai – celebrated its 135th birthday on October 5th. It remains a historical and commercial center in Pune despite the creation of Marketyard, another wholesale market, in 1980. Here is a glimpse of what makes it a living heritage:

From the late 18th century to the early 19th century, the area where the Mandai stands was an orchard and garden owned by the family of Sardar Khasgiwale, a member of the Peshwa court. Until about 25 years ago, the Khasgiwale Wada was in the area. It then housed a municipal school. The Wada has now given way to a multi-story building. In the Peshwa era, behind the Khasgiwale Wada was the Kotwal Chawdi or the Pune Police Station.

Mandai took shape in Shaniwar Wada, the old heart of Pune, where outdoor grocery stores were doing great business. As the population grew and congestion increased, the municipality offered to relocate Mandai to its current location of Shukrawar Peth. This met with strong opposition from freedom fighter Lokmanya Tilak and social reformers Mahatma Jyotiba Phule and Hari Raoji Chiplunkar, among others, mainly because the cost of Rs 2.3 lakh was to be covered by public funds. Nevertheless, the municipality acquired the land in 1882.

According to a marble plaque on the site, the complex was designed by WM Ducat and executed by architect Vasudev Bapuji Kanitkar and Ramchandra Godbole. When the Mandai was inaugurated in 1886, it was named after Lord Reay, then governor of Bombay. The design accommodated more than stores for vendors. The Reay Industrial Museum, Pune’s first public museum, was located within the complex, as was the office of the Pune Municipal Corporation (PMC) until it moved to Shivaji Nagar in 1966.

When the Mandai was inaugurated in 1886, it was named after Lord Reay, then governor of Bombay.

Mandai is distinguished by its Gothic architecture. Designed as an octagon, it has an 80-foot tower and a tiled roof that kept the interiors cool. There are eight entrances, although all but two are closed due to construction work on the metro. For fruits and vegetables, you have to go to different dedicated sections of the Mandai.

Sahapedia, who carried out a cultural mapping project of Pune, writes: â€œFour market wings housing the majority of the stalls radiate out from the ground floor veranda, their sloping roofs obscuring part of the upper veranda. Each wing has a nave (central part) and aisles and is supported by cast iron columns, and the tiled roofs rest on teak rafters. The wings are also provided with a narrow skylight (taller windows) which projects light into the interior space and provides ventilation.

An addition was made to the structure of the Mandai to mark a tragedy. In 1993, 38 students at Nath Hari Purandare Primary School were killed during a picnic when their bus was hit by a high-speed train at the unmanned Phursungi crossing. In their memory, a clock was installed from which the statue of a schoolboy came out of a window every hour to ring the bell. Although the clock still shows the time, the lack of maintenance left the statue missing.

As the freedom movement gathered momentum, an underground radio station began operating from Abhyankar Wada behind Mandai. Speeches by Jayprakash Narayan, Ram Manohar Lohia and Yousuf Meher Ali were among those that were broadcast. In 2009, the Akhil Mandai Mandal set up a sign to remind people of this event. The radio station operated until its members were arrested after an explosion at the Capitol Theater on January 24, 1943.

Mandai and the surrounding area have hosted a number of freedom fighters, including Pt Jawaharlal Nehru and Sardar Vallabhbhai Patel. According to Sahapedia, â€œDuring India’s struggle for freedom, Mandai offered not only a local market, but also an open ground for gatherings. Many prominent freedom fighters addressed large crowds here, giving it the name Mandai Vidyapeeth (university). For example, according to the Gazetteer, (Mahatma) Gandhi addressed several meetings in Mandai, the largest of which had an audience of 10,000, where he was awarded a scholarship of Rs 5,152 by Dr. VD Phatak. His speeches advocated wearing the khaddar, which he believed was the only way to get swaraj.

Politicians, movie stars, cooks, home chefs and heritage buffs rub shoulders in Mandai, while filling their grocery bags in more than 500 stores. The market has been popular with families as well as businesses since colonial times. â€œWhen we were kids in the 1980s, Mandai was where our mothers would take us to pick up the bags with the bribe to visit a cane juice stand or a candy store afterwards. People from all over Pune come to Mandai for shopping. If you go on a Saturday or Sunday morning you will find a huge mixed crowd, although vegetables and fruit are now readily available in the suburbs, â€says Jayesh Paranjape, who runs heritage walks as part of Western Routes. . While some people swear by the fresh produce, others love the prices at Mandai. Still others like to have a range – you can get Talegaon batata, bin vasshache batata, dum aloo batata, and Pahari aloo, among others, in one store. During Ganeshotsav, the space attracts lines of worshipers who come to pray to the Akhil Mandai Ganpati, one of the city’s oldest mandals. The idol represents Ganpati and Sharada sitting on a swing.

Mandai’s main market has also led to the development of several stores in the region. Today, you can find rows of shops selling religious goods as well as old basketry families, bakeries as well as fashionable clothing showrooms. â€œUntil a few years ago, it was also a residential area. However, the extreme level of commercial activity over the past two decades has caused residents to regularly relocate elsewhere, â€says Sandeep Godbole, a heritage researcher who lives in the neighborhood. The metro is expected to bring another transformation to Mandai, adding another layer to its rich history.