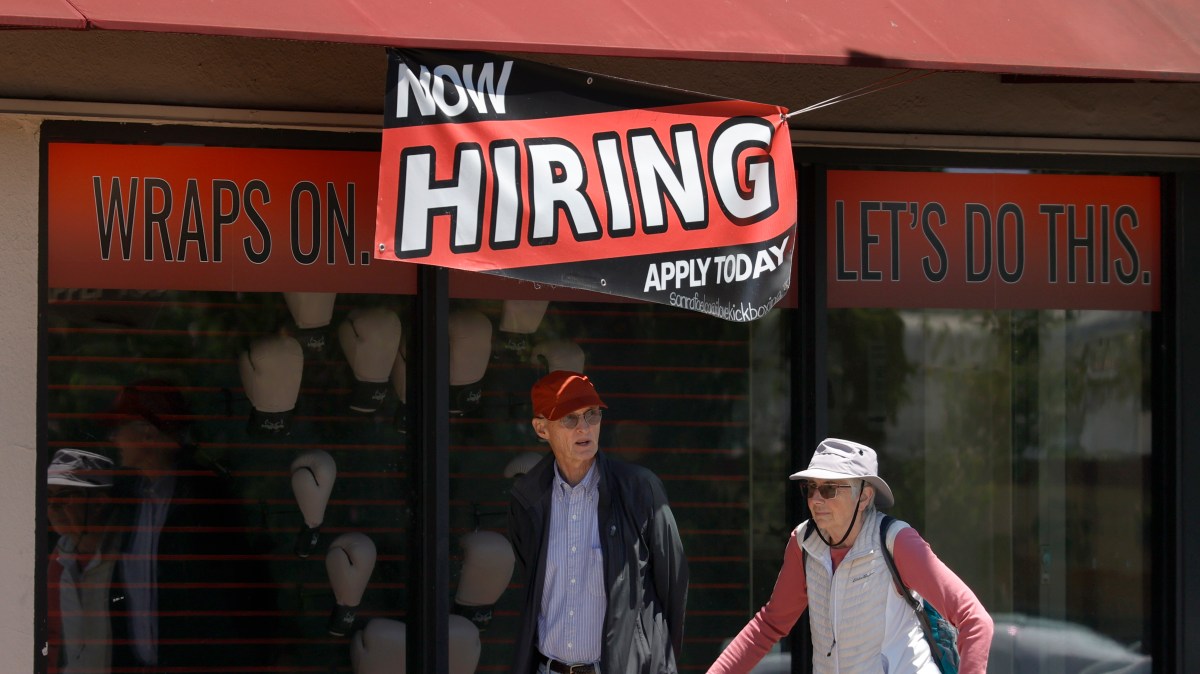 Job postings fell in April by about half a million, according to the latest federal data from the Job Postings and Labor Turnover Survey, or JOLTS.

For context, openings were down slightly from the previous month, which was the highest level on record. The number of people leaving their jobs in April also remained near historic highs and layoffs hit a new low. All this to say that the labor market is still quite tight.

Still, it could be as tight as it gets, said Daniel Zhao of job site Glassdoor.

“That doesn’t mean we’re about to head into a recession, it just means the labor market could normalize,” he said. “It may be a bit slower, but ultimately it’s still healthy.”

There are still about 1.9 job vacancies for every unemployed person. On the one hand, it’s good for workers, according to Elise Gould of the Economic Policy Institute.

But a labor market that remains too tight could contribute to inflation, as Federal Reserve Chairman Jerome Powell explained during an interview with “Marketplace” host Kai Ryssdal last month.

“There is more demand for workers than there are people to fill the jobs, right now, by a substantial margin. And, because of that, wages are rising to unsustainable levels,” Powell said.

Hiring issues could also hamper the growth of some businesses, such as the food tour company run by Avital Ungar, which is struggling to recruit staff for what it hopes will be a busy summer season.

“We would like to hire, you know, passionate foodies and actors, but obviously there are challenges when it’s not a full-time job,” she said.

So far, it doesn’t look like the labor market is driving inflation, according to Betsey Stevenson, an economist at the University of Michigan. “We don’t see that inflation is highest in sectors that pay workers more.”

On the contrary, she says, prices have risen fastest for things that are unaffected by the labor market, such as housing and energy.