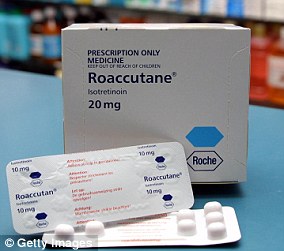 Roaccutane has been linked to people who died by suicide in 2015, but no hard evidence has been found

Official figures from 2015, conducted by the UK’s Medicines and Healthcare Products Regulatory Agency, showed that 20 people killed themselves while taking Roaccutane from mid-2012 to mid-2014, but no hard evidence was found.

According to Roche, the Swiss healthcare company developing the acne drug, it has been determined that there is no causal link to suicidal thoughts, but as a precaution they have updated their leaflet to include this in the side effects.

“We are committed to optimizing the use of our medicines. This ensures that physicians and patients have the information they need to make informed decisions for the best patient outcome.’

“Isotretinoin is a prescription drug that can cause side effects and therefore can only be used safely under the care and supervision of appropriately qualified dermatologists.

“The patient information leaflet that accompanies each box of isotretinoin tablets informs patients of possible side effects with specific warnings and precautions for use.

“Roche and the regulatory authorities constantly evaluate the safety of all medicines.

“We regularly update the Summary of Product Characteristics and Package Leaflet for all Roche medicines to reflect the most current safety data, so all stakeholders can make informed decisions.”

Devastated parents claim their 21-year-old son killed himself after “side effects from acne medication he was taking when he was 16”. 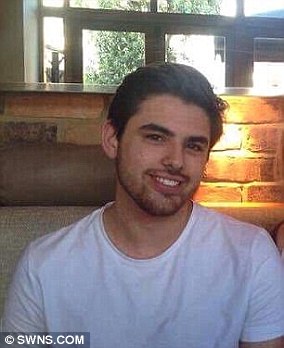 Luke Reeves (pictured) had been a handsome and popular teenager, but his parents Robert and Becky said his character changed after he took Roaccutane

In May 2017, a family was devastated when their 21-year-old son took his own life after taking Roaccutane.

They claimed Luke Reeves killed himself after the acne medication he was taking changed his personality.

They said he became irrational, lethargic, and eventually suicidal. They believe the change in his personality is due to the drug’s lingering side effects and are speaking out to raise awareness.

Luke underwent a four-month course of Roaccutane when he was 16 to clear his acne. The drug includes warnings about side effects such as depression and mood swings.

But his parents said his character change was permanent and Ms Reeves, 45, who is also an accountant, said: “There were a lot of little things that were side effects of the drugs.

“He couldn’t concentrate and became obsessed and compulsive. He was irrational. He was sensitive to high temperatures and I took him for a diabetes test because he was so thirsty.”

Luke first attempted suicide last summer and again in October. He was in intensive care for nine days before being temporarily transferred to the Lakes Mental Health unit in Colchester.

He took his own life in April 2017 and his investigation was opened and adjourned the following month.

The government agency, the Medicines and Healthcare Regulation Authority, has reviewed the drug’s safety but said the results were inconclusive.

However, it advised patients to contact their doctor immediately if they experience any psychiatric disorders.

Robert and Becky Reeves, from Copford, Essex, want to raise awareness of the possible link between roaccutane and long-term depression

dr Rav Seeruthun, Roche Medical Director, commented on the situation: “We are deeply saddened to hear from Luke and offer our condolences to his family at this incredibly difficult time.”

Explaining the effects of roaccutane, known in the industry as isotretinoin, he added: “We recognize that severe acne can lead to changes in mood and self-esteem and, in some sufferers, to depression.

“For this reason, the isotretinoin information includes a warning that some patients may experience mood swings, including an increase in depression.”

“And while the authors recognized several limitations in their research, a 2010 retrospective study published in the BMJ did not establish an association between isotretinoin and an observed increased risk of suicide.

“Additionally, in December 2014, the MHRA concluded that while a causal relationship cannot be ruled out, it has not been possible to demonstrate a significant increase in the risk of psychiatric disorders in people taking isotretinoin compared to those taking it not do to determine.”