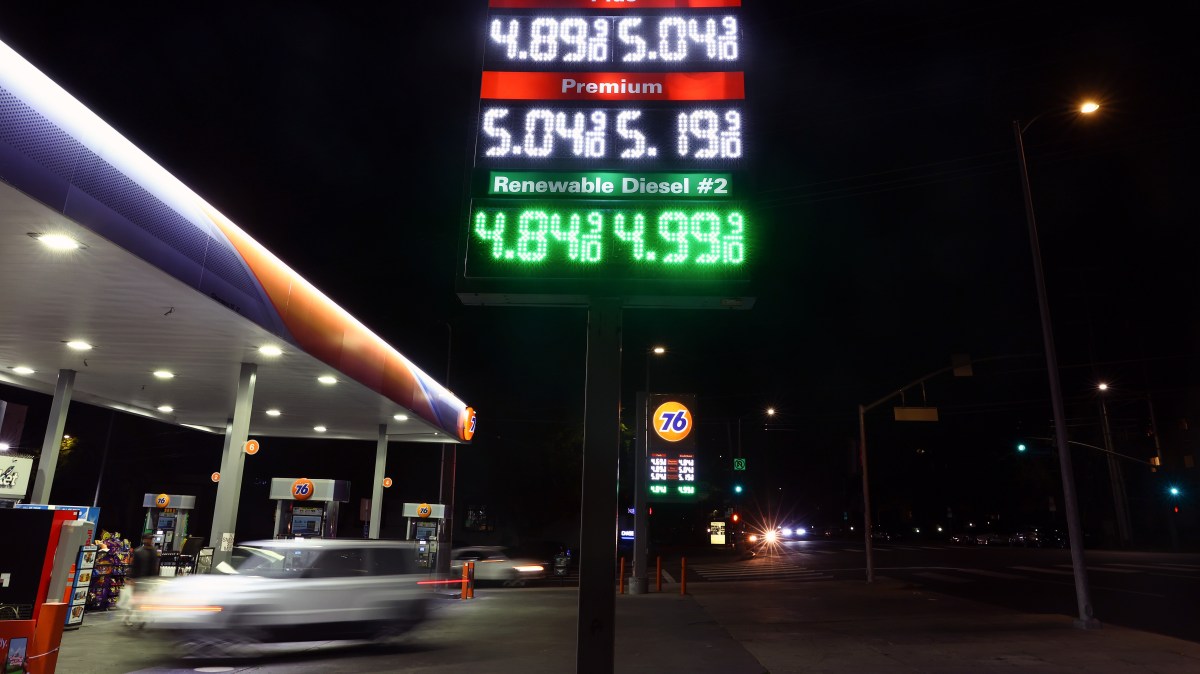 How much will gasoline cost before Americans buy less of it?

By Edward S. BaylorFebruary 15, 2022No Comments

On Tuesday, the Brent and West Texas Intermediate oil indices closed above $92 a barrel. Additionally, some analysts have spoken of $100 oil for the first time in years as tensions between Russia and Ukraine drive up costs.

Let’s move on to the demand side. Historically, there has been a price level for oil and gasoline that has caused businesses and consumers to change their behavior – tighter spending on the business side, like maybe you don’t this road trip this year.

But what about now, after the pandemic and the confinements? Will people also be willing to postpone this trip?

Let us quickly touch on an economic term: the elasticity of demand. The amount of gas Americans buy has always been fairly inelastic, meaning it doesn’t change much when prices rise.

According to Troy Vincent, senior market analyst at DTN, this inelasticity is based on a couple of things Americans have always done: going to the store for groceries and driving to work.

“In the coming months we might see that this higher gas price, that people react to that by doing, you know, more of what they did during COVID, which was to get things delivered home and also less commuting to work if they have that flexibility,” he said.

It’s here in the US though; oil is a giant global commodity. Global population growth and increased demand for cars in developing countries will lead to an increase in overall demand for oil and its refined products, said Greg Priddy, an independent energy consultant.

In fact, he thinks we’ll be back to pre-pandemic levels very soon.

“The demand was increasing every year before that. So we’re kind of back on that growth path,” he said.

However, on the consumer vehicle side, rising fuel costs might have prompted some people to change their behavior, said Kelly Sanders, associate professor of civil and environmental engineering at the University of Southern California.

“Some of it is probably price, but I think there’s a transition going on and people are starting to jump on the bandwagon,” she said.

Electric vehicles are still a small part of the market, accounting for around 10% of all new cars sold globally last year, the International Energy Agency said. That’s up from 2.5% in 2019.

Now, if this trend were to continue, the elasticity of gas demand could start to change.