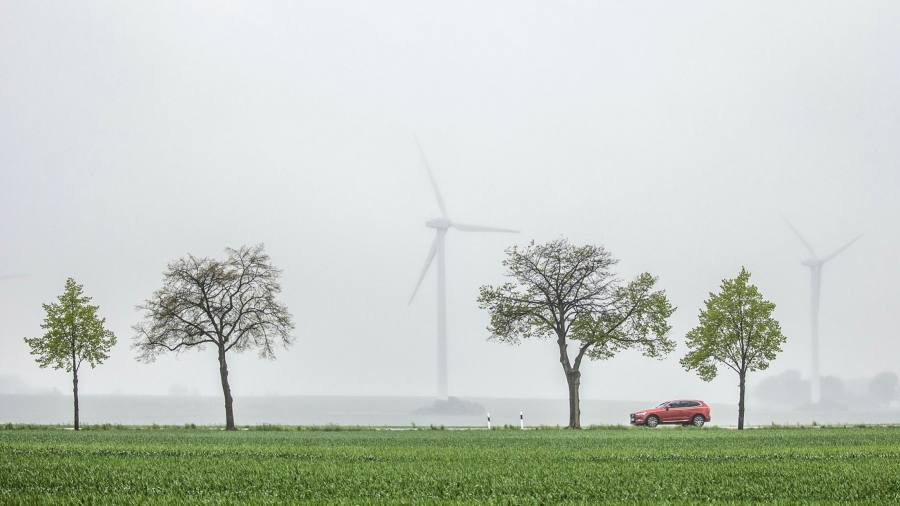 By Edward S. BaylorDecember 12, 2021No Comments

In Germany, the Green Party formed a coalition for the first time at federal level with the Social Democrats and the Liberals. Meeting the goals of the Paris climate agreement and driving a green transformation of the German economy are the top priorities of the new government.

His plans have the potential to set a global standard in tackling the climate crisis. Germany, the world’s fourth largest economy, wants 80% of its electricity supply to come from renewable energies by 2030. This will involve, among other things, the construction of wind farms on 2% of the country’s territory and the installation photovoltaic systems. on the roof of almost any suitable building.

The Green Party is now in charge of the ‘super ministry’ for the economy and climate, which will oversee the final stage of Germany’s transition to 100% renewable energy – while other countries discuss the nuclear energy, which is neither environmentally competitive nor economically sustainable.

But decarbonization goes far beyond the energy system. Since the Second World War, German economic policy has been guided by the principles of the “social market economy”. This includes fostering open markets and competition, on the one hand, and controlling their negative consequences, such as environmental damage or inequality, on the other.

This regulatory framework must now be extended from the economic and social domain to the ecological domain. Climate neutrality and biodiversity protection should be central goals of economic governance alongside prosperity and social security. In short, Germany must become a socio-ecological market economy.

A transformed German economy will only be a source of inspiration at home and abroad if it renews its competitiveness based on ecological and social innovation. And it is exactly on this point that the economic policies of the Greens differ from those of most centre-right parties. For them, climate-friendly innovations are best achieved through deregulation and carbon pricing. But in our view, modern economic policy must be based on an intelligent and pragmatic mix of instruments in order to create a framework for companies to change their business models in a way that is compatible with the limits of the planet and people.

This democratically defined framework for a highly competitive market economy includes pricing carbon emissions, but also technical standards, financial incentives and consumer empowerment to “green” their demand. It must allow a plurality of technological solutions to reconcile economy and planet.

Key here is the idea of ​​a humble state aware of its own limitations and inefficiencies. Taking a social and ecological market economy seriously will stimulate private investment in the economy – not to curb skyrocketing growth, but to expand sustainable forms of production and consumption and reduce unsustainable ones. This broad investment, employment and innovation agenda will be better achieved if macroeconomic policies and financial market regulation create a relatively stable investment climate.

However, the role of the state should go beyond creating a regulatory framework. The State must help private companies to innovate by strengthening infrastructures and supporting innovation within the framework of an active industrial policy. However, industrial policy should not be confused with the selection of potential global champions, which would threaten the many economic and social benefits that flow from an economy based on a mix of large corporations, successful SMEs and social enterprises as well than innovative start-ups. . Green economic policy takes the ideas of German “ordoliberalism” and develops them through the pragmatic use of heterodox ideas.

Completing this transformation will be a huge challenge, not just for policymakers and industry, but for society as a whole. The modernization process always creates winners and losers. Social compensation and the democratic inclusion of citizens in the transformation will be essential, in order to avoid fueling protest movements such as the yellow vests in France. But if Germany succeeds, it can be an example for Europe and beyond of how to reconcile ecology and economy.

Curious about the FT’s commitments to environmental sustainability? Learn more about our scientific goals here

Letter in response to this article:

Buzzwords Won’t Get Results for the Green Party / By Alan Mitcham, Cologne, Germany