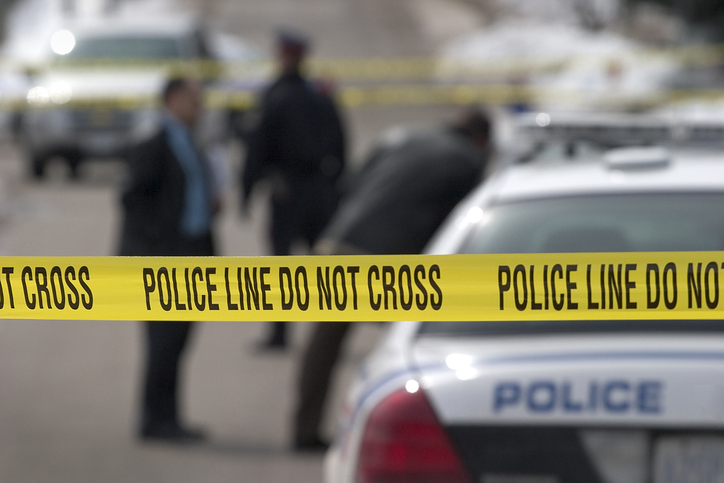 DECATUR, Ga. (NEXSTAR) — A triple shooting at a Georgia grocery store Monday afternoon began with an argument over a mask, leaving a cashier dead and both the suspect and a deputy wounded, authorities say.

The suspect, 30-year-old Victor Lee Tucker, Jr. of Palmetto, Georgia, checked out when he got into an argument with a cashier at Big Bear Supermarket in Decatur over his mask, according to sources the Georgia Bureau of Investigation.

Tucker walked out without buying anything, but returned immediately, pulled out a pistol, and allegedly shot the cashier just after 1 p.m. She was taken to a nearby hospital, where she was pronounced dead.

One of several people who were in the store at the time of the shooting was a 30-year veteran of the DeKalb County Police Dept. who now works as a reserve deputy in the sheriff’s office, said DeKalb County sheriff Melody Maddox.

The off-duty deputy who was keeping the store safe at the time shot the gunman but was hit twice during the exchange of fire, according to the GBI. The bulletproof vest he was wearing probably saved his life, Maddox said.

“That’s what he’s trained for,” Maddox said. Reserve deputies are certified law enforcement officers who do not actively work for an agency and may volunteer or hold part-time security jobs.

The officer, whom authorities did not publicly identify, is being treated at Atlanta Medical Center and was in stable condition as of Monday afternoon.

“He’s an honest, professional person and he loves what he does,” said Sheriff Maddox. “As you can see, he continues to do what he does to make sure everyone is safe entering and exiting this store.”

According to the GBI, Dekalb County police officers arrested Tucker as he attempted to crawl out of the grocery store. Tucker was hit “a couple of times,” Maddox said, and was taken to Grady Memorial Hospital in stable condition.

According to the GBI, a bullet grazed a second cashier who was being treated for her injury at the scene.

The GBI’s investigation was ongoing Monday night and will be turned over to the DeKalb County District Attorney’s Office for review upon completion of the investigation.

Decatur is a suburb of Atlanta located about 6 miles east of downtown.