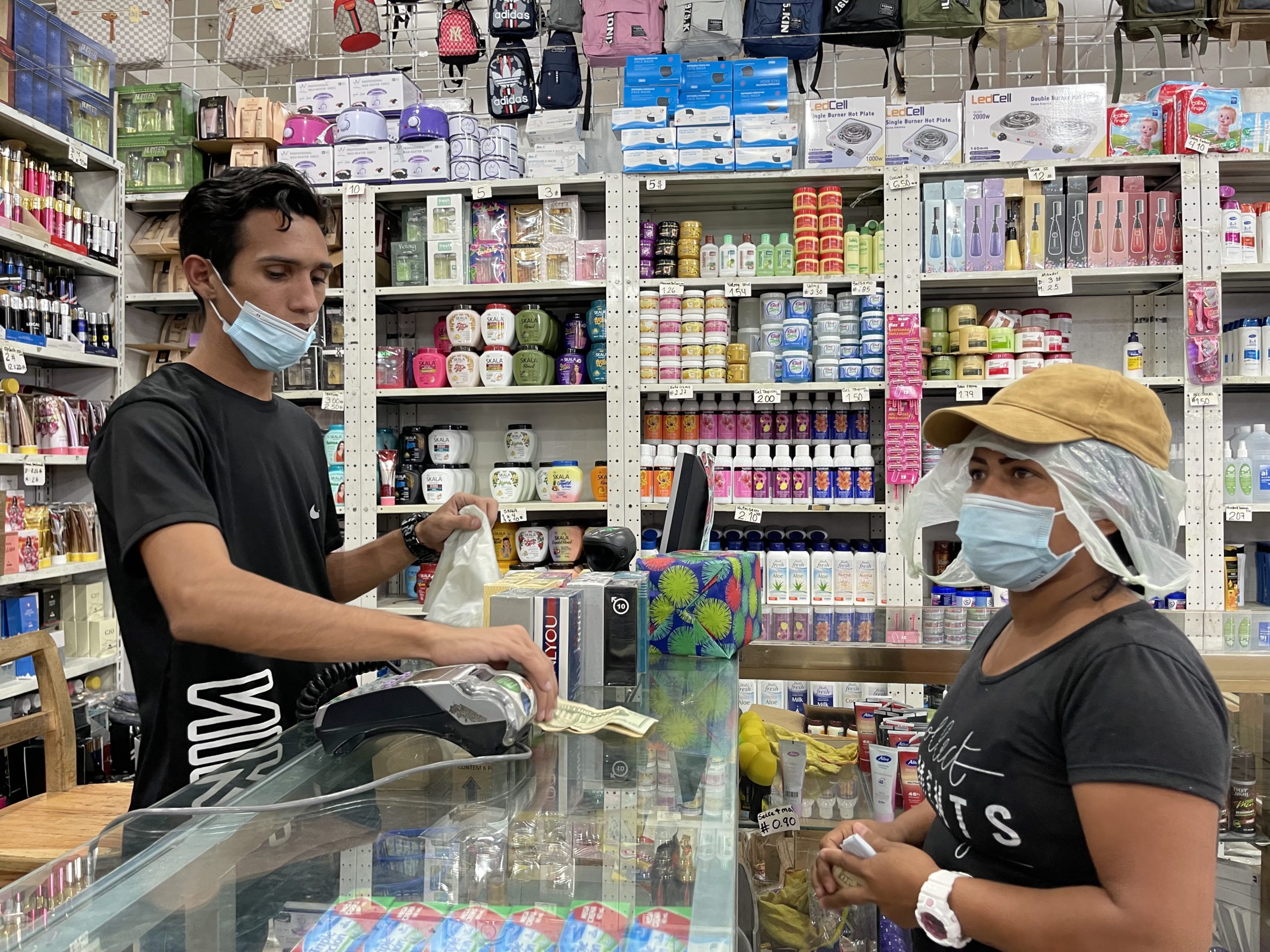 Dollars and elections, the double bubble in Venezuela | International

By Edward S. BaylorNovember 21, 2021No Comments

Supermarket shelves are full of boxes of imported cereals, homemade jams that cost an arm and a leg, flour and yeast. made in usa. The crab legs come out of the freezer at $ 140 (about 124 euros) per kilo. The cashier, at the time of payment, has a question which he repeats to all the customers: in bolivars or in dollars?

The Venezuelan economy contracted by 80% for eight years, making it the poorest country in Latin America. Analysts believe it has bottomed out and during this 2021 it is experiencing a rebound effect. It is estimated that this year its GDP will increase, for the first time since NicolÃ¡s Maduro has been in power, between 2% and 5%. The emergence of the dollar as a recurring currency, the lifting of price controls and duty-free imports have caused a timid recovery which has made everyday life easier for some Venezuelans.

This economic bubble manifests itself in the rich and bourgeois neighborhoods of Caracas and reproduces in the state capitals of the rest of the country. “I can get $ 30 or $ 40 overnight,” says Johana, the driver of an Uber-like car app who, very brave, walks the streets of the capital at dawn. Two years ago, before the pandemic, the avenues were deserted, because of the economy and crime. Now the sound of music from nightclubs and apartments where there are private parties seeps into the night. â€œThat’s what I used to earn for a whole month before. “

In the midst of this particular economic phenomenon, Venezuela is now holding regional and municipal elections on which the government and the opposition have agreed at the Mexican negotiating table, where a political solution to the country’s serious crisis is sought. Opponents are at a disadvantage because they do not have the state funding to which official candidates have access. Those who have come forward consider that in this way, with the EU’s observation, democracy can be rebuilt and a presidential election or a recall of Maduro can be proposed in the years to come. On the other hand, some of the opponents of the Chavist regime believe that this path legitimizes Maduro in power, considering him as a valid interlocutor and a common electoral actor. This, they allege, lengthens their mandate. This sector called not to vote.

Analysts don’t give opposing candidates many options. The abstention should be very high. The Venezuelan has lost confidence in the vote. Politics is no longer discussed in cafes, the subject seems exhausted. The conversation revolves around a startup and how to make money. All this benefits the Chavistas, whose social mass, estimated between 20 and 22% of the population, will vote in complete safety. A stake of more than 50% would benefit opponents, although it seems highly unlikely that this will happen. “The secret ballots are catastrophic for the opposition,” explains a politician familiar with negotiations with the Chavistas. “Maybe I’ll win in a region or two (out of 24), tops.”

This is happening in a Venezuela which, at least superficially, looks different. The dollar, demonized by the government for years as a tool of control of the Yankee Empire, has become the national currency. Chavismo opens its hands to businessmen and authorizes businesses such as casinos, banned by Hugo ChÃ¡vez. The Humboldt Hotel, an architectural marvel built in the 1950s atop Cerro Avila in Caracas, has reopened at $ 350 a room. Grocery stores and liquor warehouses have the same products, traced as if the containers arrived loaded and were evenly distributed throughout the businesses. The election ban began shortly after noon on Friday, but restaurants are opening spaces in the back for patrons to choose between the three kinds of imported beers the venue manages.

â€œThere are two realities in Venezuela, explains AsdrÃºbal Oliveros, economist. â€œA small but significant share which, together with the dollar, has enabled it to play a catalytic role in reviving the economy. There is consumption and exchange of goods. This activates the trade. And another, majority, who is excluded, the benefits of this system do not reach them. They are civil servants with salaries in Bolivars, retireesâ€¦ they live in severe poverty â€.

Those who have risen to this wave are traders, the self-employed, those who receive foreign currency from abroad. Also those who launder money with illegal oil or drug trafficking companies. Businessmen linked to the socialist revolution who are now profiting from the liberalization of the market. Large office buildings are being built in the financial part of town which is hardly a short term business. Most of the foreign companies left the country during these years and those that survived the debacle reduced their workspaces to a minimum. Of course, investment funds appear that buy blocks or factories at auction with the hope that in a few years the situation will normalize and that the price of real estate will skyrocket, according to Francisco Mendoza, director of the cabinet of CBRE real estate consultancy. In the center, there are apartments of 70 meters for 40,000 and 50,000 dollars.

The slight exit from hyperinflation occurs in a market where the pricing system and distribution are destroyed. It affects the value of things. Eating in a restaurant in an expensive area of â€‹â€‹Caracas costs 10 to 20 times more than it did two years ago. Ice cream is five bucks, an average three or four mile cab ride, you can go up to 20. Change is really a problem. There are only 20 and 50 bills, a few out of 10. Americans working in the country arrive with briefcases loaded with one and five bills, knowing that this is a scarce commodity. Well-meaning government officials are touring stores for local currency labeling, but it is too late. In Venezuela, the dollar rules.

Subscribe here to bulletin of MRT AmÃ©rica and receive all the informative keys of the current situation in the region.