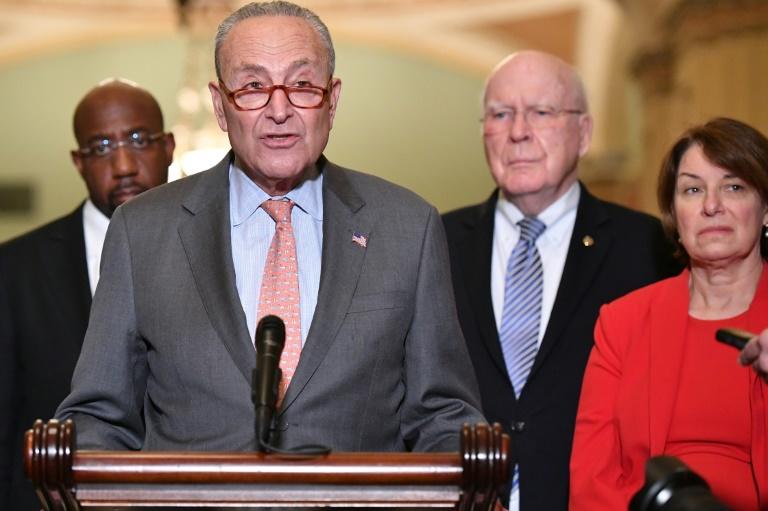 By Edward S. BaylorNovember 2, 2021No Comments

Democrats on Tuesday announced a deal to cut sky-high prescription drug prices for millions of Americans, resolving a key dispute in negotiations over a massive expansion of the social safety net, stalled amid bickering internal to Congress.

The agreement empowers the government to negotiate the cost of certain prescription drugs from 2023 and provides reimbursement for drugs whose prices are rising faster than inflation.

“The pricing of prescription drugs has been a major problem for Americans year after year, including the vast majority of Democrats and Republicans who want to see change because they just can’t afford their drugs.” said Senate Democratic Majority Leader Chuck Schumer.

The deal would limit out-of-pocket expenses for patients to $ 2,000 per year, and price negotiations with the government would begin with 10 drugs.

Schumer predicted that he would also end excessive price increases such as insulin, which would drop from $ 600 to $ 35 per month.

More importantly, the deal brings Democrats one step closer to a vote on the $ 1.75 trillion social spending plan, a pillar of President Joe Biden’s legislative agenda, as well as a bipartisan infrastructure bill. of 1.2 trillion.

House Speaker Nancy Pelosi has indicated Democrats could resolve any unfinished business on the Build Back Better bill by the end of the day, paving the way for a vote in the House. this week.

However, several other political hurdles remain on the negotiating table, from immigration to child care to taxes.

Moderate Senator Joe Manchin put the brakes on ambitious plans on Monday, noting that he has yet to assess the economic impacts of Build Back Better.