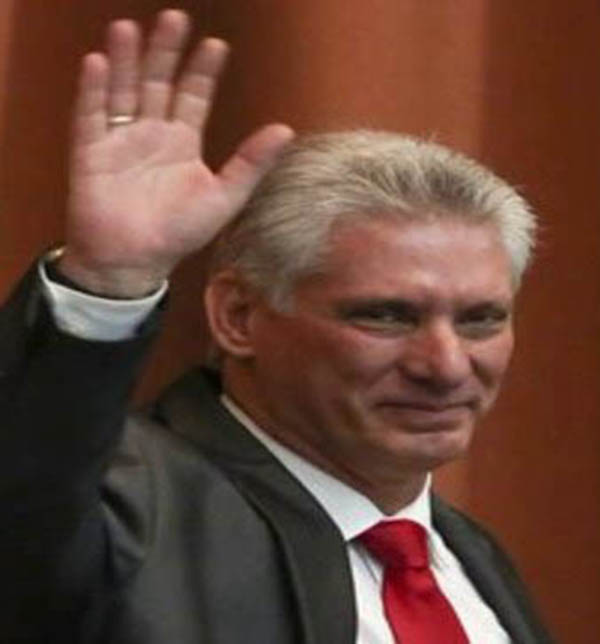 It hasn’t taken too long since the Cuban government announced reforms a few weeks ago that would allow small and medium-sized enterprises to formally incorporate as businesses and access funding from the State. This is arguably the most profound official policy change since the Communist takeover of the Caribbean island, for ordinary Cubans to move to take advantage of what, contextually, is a “revolutionary” change in politics. official.

The announcement came, indeed, several years after ordinary Cubans reacted to the scarcity of a wide range of consumer goods on the island by traveling, individually or in groups, to various countries in the region. to establish critical business links with the private sector in these countries which have enabled them to acquire relatively modest quantities of a range of products, especially clothing and cosmetics, and use them to create and build small and successful medium-sized enterprises in their country.

To a large extent, these breakthroughs for Cubans seeking to create entrepreneurial beachheads in other Caribbean countries had been aided by the sense of goodwill that had previously been created between Cuba and CARICOM countries like Guyana. and Jamaica, resulting from the support that the Castro government had offered them through scholarships for students to study medicine and to send “brigades” of Cuban doctors to the region to help consolidate weak health systems. in these countries. It is undoubtedly the culmination of Cuba’s foreign policy in the region.

These days, the Cuban people seek, first, to understand both the opportunities and the challenges ahead in the face of what is seen as a tectonic shift in a country where the government had opposed free enterprise. ; beyond that, they strive to build on the bridges that had been established by Cuban traders a few years earlier and which had served as bricks for what exists today.

Unsurprisingly, the decision taken by the first post-Castro political leader of communist Cuba, Miguel DÃ­az-Canel, who took office as president in April 2019, to “liberate” the Cuban economy, is considered by “observers” Cubans as one of the most important reforms undertaken since the complete nationalization of companies in 1968 by the administration Fidel Castro.

A Caribbean News.Net article from August 31 quotes Omar Everleny, a Cuban economist, describing the decision to reopen the door to private enterprise as “very positive, long sought after by many Cubans.”

The reforms, of course, have limits, since the authorities have stipulated that private ownership is limited to a single commercial enterprise and moreover, that private enterprises cannot enter into contracts with foreign partners or engage directly in the business. trade. Yet Cubans keen to start ‘getting their feet in the water’ when it comes to private enterprise are not, it seems, about to look like a giveaway horse. in the mouth.

Analysts in the self-confessed communist country noted that while the new measures are seen as reform-oriented, they have been implemented over the past year or so as a practical response to the economic impact of the pandemic of COVID-19 and, also, as a way to seek to stave off the impact of increasingly severe economic sanctions by the United States which, apart from severely affecting the economy of the country as a whole, have resulted in shortages of food, medicine and other basic commodities.

Cuban economist Dr. Oscar Fernandez’s response to the effect that â€œthe horizon has openedâ€ may, however, be decidedly premature. Fernandez is quoted in a Reuters report as saying that now that a rift has opened in what, over the years, has been a tightly state-controlled trade regime, Cuban private sector adherents “can establish relationships with public and private supply chains and markets. our product to anyone – from government stores and hotels, to exporting and seeking financing from local or overseas banks. Observers retort, however, that the Caribbean island, still strictly controlled by the Communists, is not about to bring about the pragmatic economic adjustments it had to make to create irremediable compromises in a sociopolitical system ruled by the Communists. State that has maintained a system of governance in place. for over half a century.

Cubans have reportedly responded enthusiastically to what they see as a significant “liberation” of the country’s economy, with some already drawing up plans for the creation of small businesses whose structure will have to respect the restrictions imposed by the state. As one Cuban commentator would have put it, “we still have to see what happens in practice: how far the government really allows us to develop.”