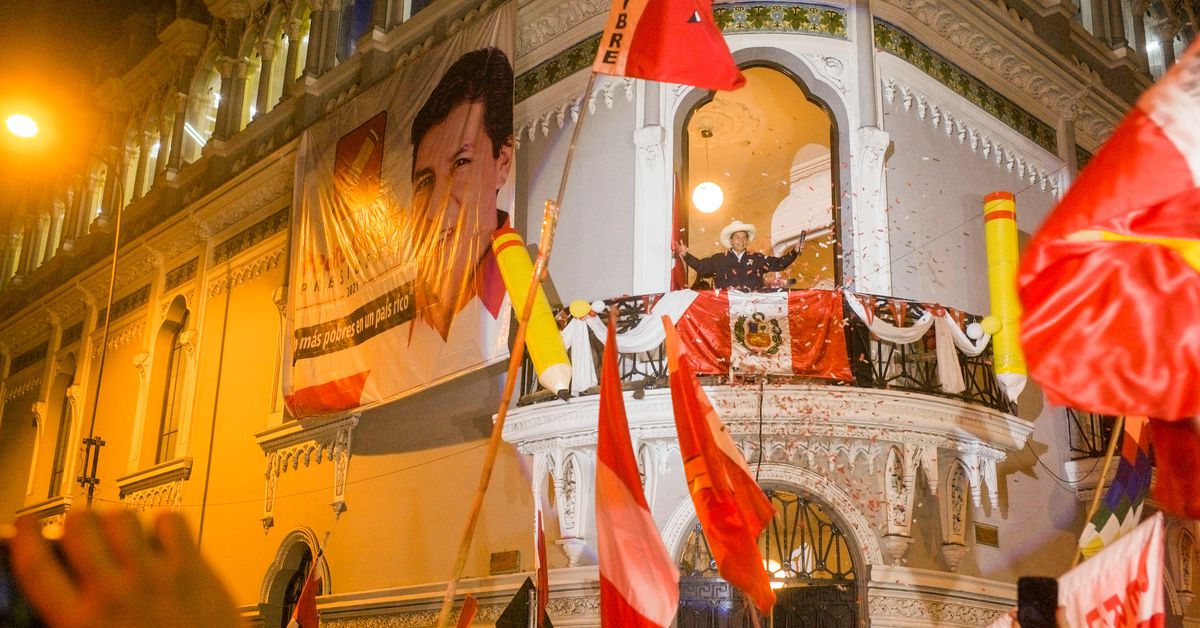 LIMA, June 9 (Reuters) – Peruvian socialist Pedro Castillo, who narrowly leads the tally in a presidential election this weekend, would maintain a “market economy” if he were to become president, a key economic adviser said on Wednesday .

“Our idea is not to have massive interventionism in the economy,” Pedro Francke, economist and left-wing adviser, told Reuters.

Castillo is set to become Peru’s next president, after a polarized runoff against right-wing Keiko Fujimori. Castillo leads just 70,000 votes after counting 98% of the ballots. Certainly, some 300,000 votes remain contested and could technically influence the election in the coming days. Read more

“We are going to change mining taxation in order to capture a larger share of their income,” Francke said.

Peru is the world’s second largest producer of copper, behind Chile, where Congress weighs a proposal to oppose a tax of up to 75% on miners. Francke said a Castillo administration wouldn’t necessarily go that high.

Francke’s appointment is seen by analysts as a way to appease the markets with a moderate but left-wing adviser who can speak to Wall Street, although there is still a long way to go. Peru’s stock market and currency fell significantly pending a Castillo administration.

Castillo, an elementary school teacher born in poverty, has flipped on different economic proposals throughout his campaign, including at times by saying he will nationalize mining assets. He also toured several sets of advisers.

He is also running for a party, Free Peru, which describes itself as Marxist-Leninist, led by a doctor, Vladimir Cerron, trained in Cuba.

Francke himself arrived late. He says he became an economic adviser less than a month ago and some are wondering if he will stay long.

Francke admitted that he had not yet recruited other prestigious names in Castillo’s economic team.

Since Francke joined the campaign, Castillo has officially declared that he will respect the autonomy of Peru’s central bank and will not expropriate or “confiscate savings”.

Peru’s GDP has also suffered a double-digit contraction that will take years to recover.

“Our vision is to reduce this deficit slowly, but we cannot undermine the economic recovery,” Francke said, although he added that they did not yet have specific targets for this reduction.

Francke cited a study by the Peruvian tax administration SUNAT which indicates that companies escape paying around 50% of corporate tax.

These are the only tax reforms on the table, he said, and said they were not considering raising the sales tax (IGV) or adding a wealth tax.

Castillo also spoke of increased protectionism for the Peruvian industry, although Francke said this would only be applied in specific cases, citing two: potato growers and clothing manufacturers.

“Peru has some of the lowest import tariffs in the region, so I think there is a bit of room to improve things a bit, but we don’t anticipate a big protectionist shift,” said Francke.

Castillo also proposed to reformulate the Peruvian constitution, fearing criticism that it could change the free-market economic base that has been in place in Peru since 1992.