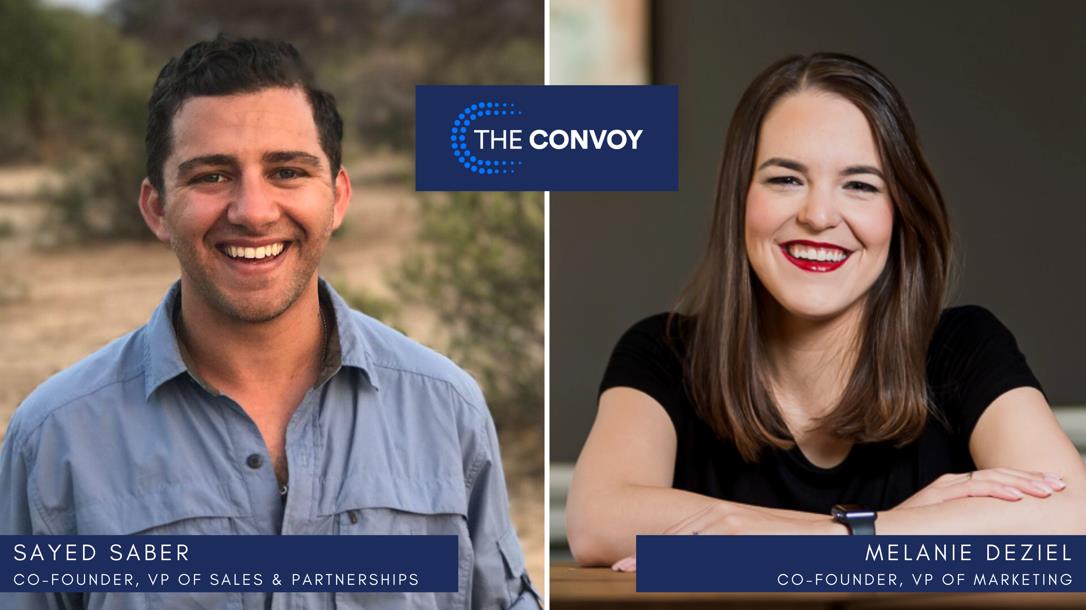 By Edward S. BaylorFebruary 2, 2022No Comments

The convoy —a B2B marketplace that combines the buying power of small businesses and independent businesses to help them save on the tools, services and products they use every day—announced two major additions to its founding team: Sayed Saber and Melanie Deziel.

Sayed Saber, the former head of solutions partnerships at Square, became co-founder and vice president of sales and partnerships, forging relationships with major companies that offer exclusive discounts to The Convoy members in exchange for reaching a large audience of small independent businesses.

Prior to working on partnerships at Square, Saber spent five years in business development at Apple, where he participated in an exclusive 2-year immersive leadership program. He was the business manager of The Tubby , an innovative mouth-blown pint glass design that was fully funded on KickStarter in 36 hours.

Melanie Dezel, one of the leading voices in B2B content marketing, joined as co-founder and vice president of marketing, leading brand, content, social media, acquisitions and other strategic communications. Since 2015, Deziel has worked as a speaker, consultant and corporate trainer, having worked with over 30% of Fortune 100 companies.

Deziel was the very first branded content editor at The New York Times, helping to found the sponsored content team, T Brand Studio, which brought in over $18 million in first-year revenue. She oversaw content partnerships for Time Inc.’s 35 U.S. media properties as Director of Creative Strategy. Deziel is also the author of the bestselling book on marketing and business communication, “The Content Fuel Framework: How to Generate Unlimited Story Ideas”.

“Sayed has worked at exactly the intersection of what The Convoy is building through his work as a solution partnerships manager at Square, another organization that champions independent small businesses,” Abbak said. “Combined with his 6 years at Apple, you would be hard pressed to find someone more qualified to lead partnerships while championing small businesses.

“Not only is Melanie one of the world’s foremost experts in content marketing and brand storytelling, but we’ve also built 3 successful businesses together,” Abbak said. “We seek to add to that track record through something our founding team is incredibly passionate about: tipping the scales in favor of local business owners.”

Convoy closed a $1 million funding round in late 2021 that included Tim Young of Eniac Ventures, Scot Wingo of Get Spiffy and Founding CEO of Channel Advisor, a Google VP, former CMO of Walmart, the former head of M+A at Clearco and founder of Cloudera.

Learn more about the co-founders of The Convoy:

Additional images and press resources can be viewed here .


Legal disclaimer: MENAFN provides the information “as is” without warranty of any kind. We assume no responsibility for the accuracy, content, images, videos, licensing, completeness, legality or reliability of any information in this article. If you have any complaints or copyright issues related to this article, please contact the provider above.