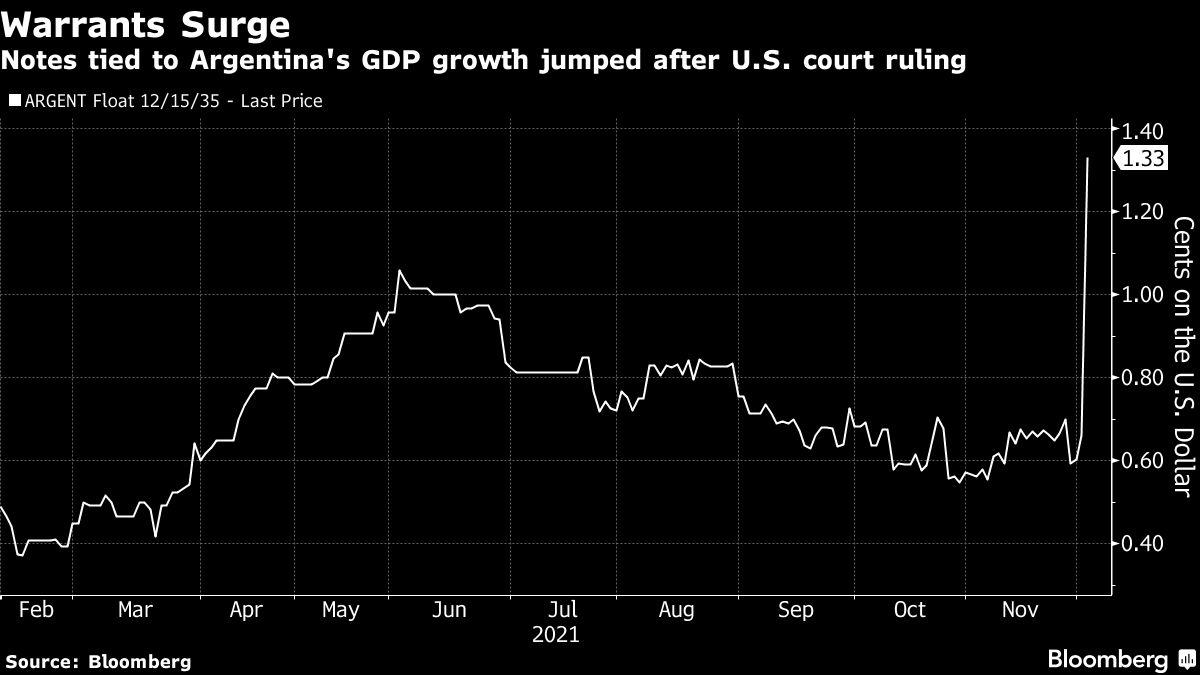 Argentina’s GDP coupons rise after ruling in favor of Aurelius

(Bloomberg) – Argentina’s GDP coupons rose up to 107% on Thursday after a U.S. federal court ruled the country must show how it calculated statistics at the center of a legal battle between the Aurelius Capital Management LP investment fund and the South American nation.

Argentina must disclose the methodology it used to measure GDP and economic activity in 2013, according to a New York federal court ruling released on Wednesday. The court will also ask Aurelius to provide documents related to its purchase of these assets.

The New York-based hedge fund claims that the administration of then-President Cristina FernÃ¡ndez de Kirchner distorted GDP figures that year to avoid paying asset owners the billions of dollars they owed them. are due. The coupons, which trigger payments when specific growth thresholds are reached, were offered to creditors as part of a restructuring after Argentina defaulted on $ 95 billion in debt in 2001.

The hedge fund alleges that manipulated statistics from Kirchner, who is now vice president, prevented the company from collecting a payment of $ 61 million. Argentina has said in court documents that it has made all required payments related to guarantees, totaling nearly $ 10 billion, and asked the judge to dismiss the claims. The court rejected that request earlier this year.

Argentina more than doubled terms after ruling in favor of Aurelius