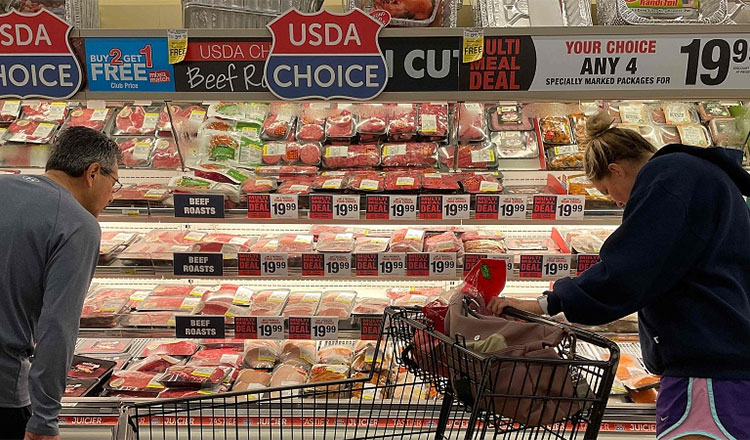 Advantages and disadvantages of the free market economy

The modernization of Western Europe has created unprecedented wealth. This wealth is based on several pillars. Often the focus is on finance, as middle households and Western European countries are affluent. A second pillar is education, which is the basis par excellence for innovation. Third, Western European society is more socially inclusive, with women and people of color now having a more equal position. The fourth pillar is the distribution of wealth.

Poverty may no longer lead to death by starvation or freezing in these countries, but discontent is widespread in Europe. In many countries, “protest parties”, which contribute little to society, only complain about isolated issues such as “foreigners” or “animal welfare”, and occupy half of the parliamentary seats.

So where did Western modernization go wrong?

For a few decades, the basis for the choices of European national governments and the European Union has been the economic theory of the “free market”, and the creation of a biotope for the capitalist “survival of the fittest” has been the compass. As a result, economic theory trumps common sense throughout society.

Public enterprises, such as electricity companies, have been privatized. The national railways had to become competitive and run trains over thousands of kilometers abroad, without success elsewhere.

In the healthcare industry, specialists such as surgeons spend up to 40% of their available time on administration, allowing health insurance companies to make even greater profits. No wonder the average waiting period for standard surgery in Western European countries is up to six months.

And universities have to survive financially by charging excessive tuition fees to foreign students, without offering them suitable accommodation.

Green energy is however a great success. However, so much electricity is generated in Europe currently by Chinese-made solar panels and offshore wind farms that national power grids are failing because transmission lines are too thin. This, ironically, prompts governments to tell the public that “the free market should solve the problem”.

A similar miscommunication occurs with construction: there are not enough roads and houses. Although everyone, including governments, agrees that the issue needs to be addressed as a matter of priority, the average time private parties take from obtaining government permits to starting construction is eight years. or more.

The stagnation of modernization in Northern Europe has several interconnected reasons. First, there is the quasi-religious belief in the free market, which is seen as a classic and powerful engine of economic wealth creation. The free market helps produce and sell almost everything, from cell phones to cars to soup and sausages. However, the fact that this economic model is effective in some areas does not mean that it is the one-size-fits-all solution for everything, including health, education, police, energy, food and others.

Here there are two paths. One path is Darwinian: if you can’t pay, you and your offspring are headed for the same dead end as the dinosaurs, but if you’re well-off, you can overdose on anything, including red meat, and therefore simply pay the cardiologist for a treatment. . The other way is rather socialist.

Yet health care should not be an economic commodity, but rather should be accessible to those in need. And everyone should benefit from a quality education, with talented and hard-working students receiving special attention.

As for food, it is an economic commodity. But it is also, and above all, a fundamental necessity. In such matters, the free market is no panacea. Therefore, governments should take responsibility for providing food to all and have sufficient reserves to deal with emergencies.

Amazon founder Jeff Bezos is a good example of an individual amassing immense wealth through the free market. Bezos, who pays less than 1% tax according to Forbes despite being a billionaire, had a new yacht built for more than $500 million in the Netherlands this year. Given its gargantuan size, the 127 meter long yacht could not pass under a historic bridge in Rotterdam. But instead of leaving Rotterdam by a detour, the new rich proposed to the city to destroy the beloved bridge and to rebuild it at its own expense after the passage of his yacht. Needless to say, Rotterdam locals weren’t amused, with many saying they would “welcome” the yacht with rotten eggs.

Like these individuals with exorbitant wealth, some states also believe that economic power gives them the right to do whatever they want. “We are richer, therefore we know better”, seems to be the free market thinking, and some Southern European countries have suffered due to the economic pressure from Northern Europe. As the debts of relatively less developed countries need to be refinanced, loans from more advanced economies or financial institutions come with new conditions such as a change in the national policy on retirement age. Such paternalistic behavior, as expected, led to unrest.

For wealthy individuals and countries, the line between assertiveness and arrogance seems thin. Certainly, the market economy has helped Western economies accumulate massive wealth, but it has also undermined work ethics, education and health care, leading to an inequitable distribution of wealth. wealth, especially for immigrants from former colonies.

Over the past few decades, European governments have failed to think strategically about the basis of their good fortune. For them, the free market is the answer to all questions, which is not entirely true.

The author, a scholarship holder at Tsinghua University from 2012 to 2015, is a researcher at Leiden University and a notary in The Hague. China Daily